NBC: Businesses, Unions And Schools All Warn Of Cuts In Hours Due To ObamaCare [2:33]

Priceless quote: “I never thought it would impact me personally.”

And isn’t that precisely the problem? That the people who voted for these Democrat policies were all looking for SOMEONE ELSE to pay for stuff?

Even the shmucks in Congress know ObamaCare sucks. They exempted themselves from having to abide by the law they wrote and passed! 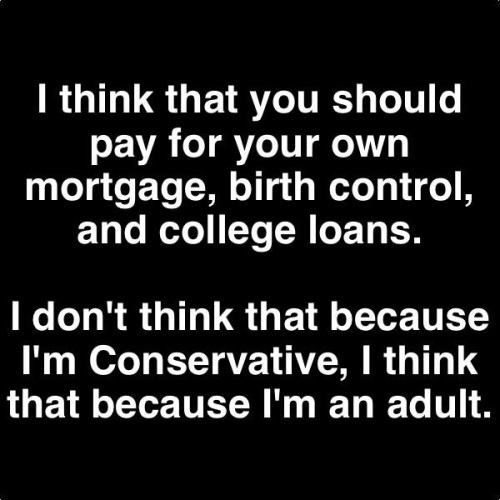 What a beautiful day Saturday was.When my eldest called last week to wish me a happy birthday she mentioned my 10 year old grandson had a football game Saturday.His dad is a big guy and very active in sports.my grandson,RJ,plays base ball and Jr. takle football and big sis plays softball and volleyball.(she has a game Friday).I had planned on going many times before,but like  when DD was young,I always had an excuse at the ready.Not anymore.I grabbed a couple folding chairs and DW and I headed to the small town just west of here where they live.The main street is lined with signs touting the team and individual state championships their high school kids have won.

This is classic small-town Americana.They had games for 5th,6th,7th and 8th graders on the playing field behind the high school.There were all kinds of families there rooting their little gridiron heroes.RJ had dad,mom,stepdad,stepmom,grandpa,two grandmas,sissy,an aunt and three uncles.They so cool in their blaze orange jerseys and helmets that made it look like their head was too big for their body.But the running and tackling was no joke.The booster club had a stand set up near one end zone selling water,pop,hot dogs and popcorn.At halftime the 5th and 6th grade cheerleaders came out and did their routines.It was such a hoot watching my kid go nuts whenever her baby ran with the ball or got tackled.I can’t remember when I’ve had a better time.Its the most sunshine I’ve gotten in years.Even got a bit of a tan.Looking forward to going again,maybe this coming week.

Parts of Egypt are burning as the Army and the Pro-Morsi forces slaughtering each other.

WHERES OUR SECRETARY OF STATE?OH,NEVER MIND

KRISPY KREME IS CONSIDERING RUNNING FOR PREEZY IN 2016.

THIS SHOULD CLEAR THAT UP. 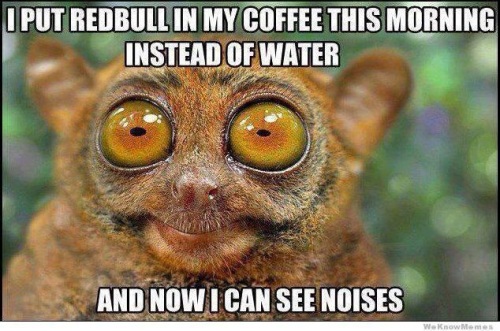 Before I Formed You in the Womb by artist Ron DiCianni

Some thoughts on being an American Catholic

I am and always have been Catholic because I believe the doctrines and I am certain it is where God wants me to be. It hasn’t been easy maintaining affiliation with a church that, in far too many respects, has been a spiritual desert, but it’s where God put me, not only by birth but also by election.

One of the most distressing things for me has been the overly-long commitment of American Catholics to the Democrat Party. I understand the roots … when Catholic immigrants were flooding our shores, Republicans were Protestant and openly hostile. And of course there’s the not-so-saintly Kennedys.

But dang. Even after having been raised from birth to college in a devoutly Democrat environment, I managed to figure out before the Reagan years that Democrats were promoting abortion. I have tried to understand my Democrat Catholic friends. Some of them are legitimately devout. Yet they turn a blind eye to abortion because “social justice” … or something.

I just don’t get it. Never did.

If there’s been one thing I am grateful for about the Obama years, it is that so many Catholics have finally opened their eyes to just how anti-God and evil the Democrat Party really is. FINALLY, I’ve got leaders in my church that not only don’t make me cringe, but who actually teach and preach and walk the walk!

I just read a news report that Bishop Thomas Tobin of Providence, Rhode Island, has announced he switched his party registration to Republican effective January 2013. He has been a Democrat since 1969, but after the 2012 Democrat Convention, he decided that he could no longer be associated with the party which was “just too pro-abortion.” During an interview about his decision, he called opposition to abortion “the linchpin, the foundation, around which all our discussion of human life has to be built.”

I just want to smack him upside the head and ask him, “HEY, CAPTAIN KOOLAID!! WHAT THE HELL HAVE YOU BEEN THINKING ALL THESE YEARS?!”

I registered Democrat in 1972 and figured out by 1976 that I had to leave because it was plain as the nose on my face that abortion was and is THE social justice issue of the century. This guy is a professional Christian and it took him from 1969 to 2012?! And they made him a Bishop?!

On the other side of the coin are two Catholic leaders I really admire and respect, Archbishop Chaput and Pope Francis. Here are quotes from them that I gleaned from the internet this week. 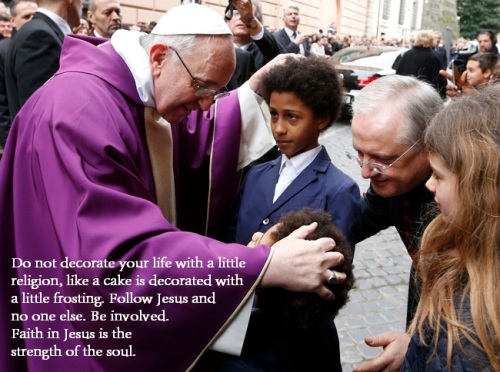 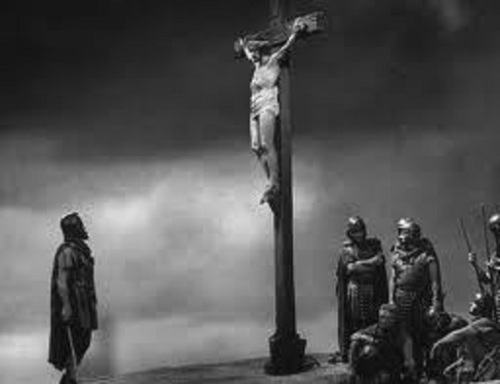 The Centurion who stood at the foot of the cross of Christ suddenly became horrified at the crucifixion he was ordered to carry out. When Christ died, this Centurion dropped his sword and fell to his knees exclaiming,

“Surely, this was an innocent man!”

In 1975, Ernest Borgnine played the part of the centurion. During filming, he had a life-changing experience:

When it came time for my scene during the crucifixion, the weather was chill and gray. The camera was to be focused on me at the foot of the cross, and so it was not necessary for Robert Powell, the actor who portrayed Jesus, to be there.

Instead, Zeffirelli put a chalk mark on a piece of scenery beside the cameraman. “I want you to look up at that mark,” he told me, “as if you were looking at Jesus.”

“Okay,” I said, moving into position and looking up at the mark as instructed. “Ready?”

I hesitated. Somehow I wasn’t ready. I was uneasy. “Do you think it would be possible for somebody to read from the Bible the words Jesus said as He hung on the cross?” I asked.

I knew the words well from the days of my childhood in an Italian-American family in Connecticut, and I’d read them in preparation for the film. Even so, I wanted to hear them now.

“I will do it myself,” Zeffirelli said. He found a Bible, opened it to the book of Luke and signaled for the camera to start rolling.

As Zeffirelli began reading Christ’s words aloud, I stared up at that chalk mark, thinking what might have gone through the centurion’s mind.

That poor Man up there. He says He is the Son of God, an unfortunate claim during these perilous times. But I know He is innocent of any crime.

“Father, forgive them; for they know not what they do.”

The voice was Zeffirelli’s, but the words burned into me—the words of Jesus. Forgive me, Father, for even being here, was the centurion’s prayer that formed in my thoughts. I am so ashamed, so ashamed.

“Verily I say unto thee, today shalt thou be with me in paradise,” said Jesus to the thief hanging next to Him.

If Jesus can forgive that criminal, then He will forgive me, I thought. I will lay down my sword and retire to my little farm outside of Rome.

As I stared upward, instead of the chalk mark, I suddenly saw the face of Jesus Christ, lifelike and clear. It was not the features of Robert Powell I was used to seeing, but the most beautiful, gentle visage I have ever known.

Pain-seared, sweat-stained, with blood flowing down from thorns pressed deep, His face was still filled with compassion. He looked down at me through tragic, sorrowful eyes with an expression of love beyond description.

Then His cry rose against the desert wind. Not the voice of Zeffirelli, reading from the Bible, but the voice of Jesus Himself: “Father, into Thy hands I commend My spirit.”

In awe I watched Jesus’ head slump to one side. I knew He was dead. A terrible grief welled within me, and completely oblivious to the camera, I started sobbing uncontrollably.

“Cut!” yelled Zeffirelli. Olivia Hussey and Anne Bancroft were crying too. I wiped my eyes and looked up again to where I had seen Jesus—He was gone.

Whether I saw a vision of Jesus that windswept day or whether it was only something in my mind, I do not know. It doesn’t matter. For I do know that it was a profound spiritual experience and that I have not been quite the same person since. You simply cannot come close to Jesus without being changed.

Today, there is a Society of Centurions for those who have left the abortion industry after recognizing the depth of their guilt.

Through their participation in the Society, they seek to educate others and to reconcile and be healed for the crimes they have committed against the innocent.

Periodically, Centurions from around the world come together, and under the expert guidance of Dr. Philip Ney, a practicing child and family psychiatrist, walk the long and painful road toward healing. Dr. Ney has written a fascinating book, The Centurion’s Pathway, describing this road.

Joan Appleton, who was once the head nurse of an abortion facility in Falls Church, VA and now is on the staff of Pro-life Action Ministries in the Twin Cities, coordinates the Society of Centurions of America. She has recently written an account of her own journey, called Raising Cecilia.