We already knew about the illegal and immoral stand down orders that came from the White House. And we recently heard that the CIA was using their Benghazi facility to illegally ship missiles to the Syrian rebels.

Now we’re hearing the most disturbing thing of all. During the Benghazi raid, al-Qaeda stole 400 surface-to-air missiles (SAM) from the CIA facility. A SAM is a heat-seeking, shoulder-launched weapon that a single, mobile, ground-based warrior can use to shoot down an airplane. 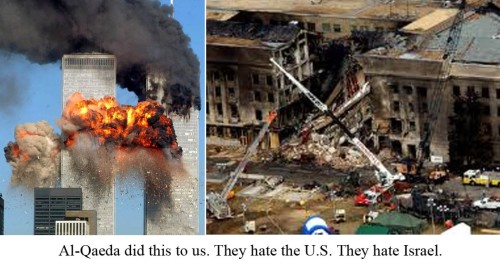 There is an 11 minute video embedded at this URL about the “geographical pivot” and how it relates to world events today. It is enlightening.

The SPARROW at STARBUCKS

[I got this in email. I don’t know who the author is. CtH]

It was chilly in Manhattan but warm inside the Starbucks shop on 51st Street and Broadway, just a skip up from Times Square. Early November weather in New York City holds only the slightest hint of the bitter chill of late December and January, but it’s enough to send the masses crowding indoors to vie for available space and warmth.

For a musician, it’s the most lucrative Starbucks location in the world, I’m told, and consequently, the tips can be substantial if you play your tunes right. Apparently, we were striking all the right chords that night, because our basket was almost overflowing. It was a fun, low-pressure gig. I was playing keyboard and singing backup for my friend who also added rhythm with an arsenal of percussion instruments. We mostly did pop songs from the ’40s to the ’90s with a few original tunes thrown in. During our emotional rendition of the classic, “If You Don’t Know Me by Now,” I noticed a lady sitting in one of the lounge chairs across from me. She was swaying to the beat and singing along.

After the tune was over, she approached me. “I apologize for singing along on that song. Did it bother you?” she asked. “No,” I replied. “We love it when the audience joins in. Would you like to sing up front on the next selection?” To my delight, she accepted my invitation.

“Do you know any hymns?”

Hymns? This woman didn’t know who she was dealing with. I cut my teeth on hymns. Before I was even born, I was going to church. I gave our guest singer a knowing look.

My new friend was silent, her eyes averted. Then she fixed her eyes on mine again and said, “Yeah. Let’s do that one.” She slowly nodded her head, put down her purse, straightened her jacket and faced the center of the shop. With my two-bar setup, she began to sing.

Why should I be discouraged?

Why should the shadows come?

The audience of coffee drinkers was transfixed. Even the gurgling noises of the cappuccino machine ceased as the employees stopped what they were doing to listen. The song rose to its conclusion.

I sing because I’m happy;

I sing because I’m free.

For His eye is on the sparrow

And I know He watches me.

When the last note was sung, the applause crescendoed to a deafening roar that would have rivaled a sold-out crowd at Carnegie Hall. Embarrassed, the woman tried to shout over the din, “Oh, y’all go back to your coffee! I didn’t come in here to do a concert! I just came in here to get somethin’ to drink, just like you!” But the ovation continued.

I embraced my new friend. “You, my dear, have made my whole year! That was beautiful!”

“Well, it’s funny that you picked that particular hymn,” she said.

“Well,” she hesitated again. “That was my daughter’s favorite song.”

“Yes,” she said, and then grabbed my hands. By this time, the applause had subsided and it was business as usual.

I said the first thing that found its way through my stunned silence.

“Are you going to be okay?”

She smiled through tear-filled eyes and squeezed my hands. “I’m gonna be okay. I’ve just got to keep trusting the Lord and singing his songs, and everything’s gonna be just fine.”

She picked up her bag, gave me her card, and then she was gone.

I refuse to believe it.

God has been arranging encounters in human history since the beginning of time, and it’s no stretch for me to imagine that God could reach into a coffee shop in midtown Manhattan and turn an ordinary gig into a revival. It was a great reminder that if we keep trusting God and singing the songs, everything’s gonna be okay.

The Buzzers visited the Botanical Gardens yesterday. This is my favorite pic.

Comments Off on Mascot Update

Comments Off on Your Sunday SONG Lesson