Or, as one tweeter put it,

Tweeters had some fun celebration suggestions:

Pay close attention to the Twitter screenshots below. These are the images OFA sent out, not images that their political opponents sent out! Seriously, folks. If you had none or one turn out, would you send out PICTURES?! 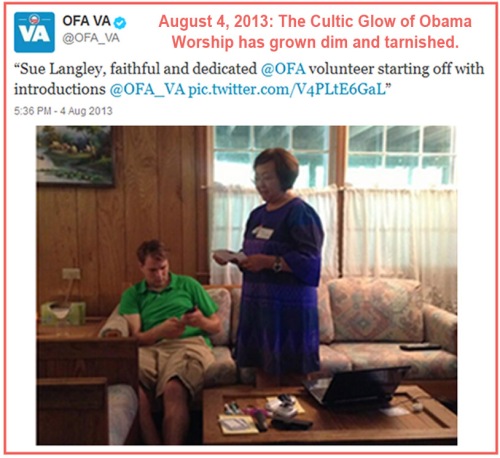 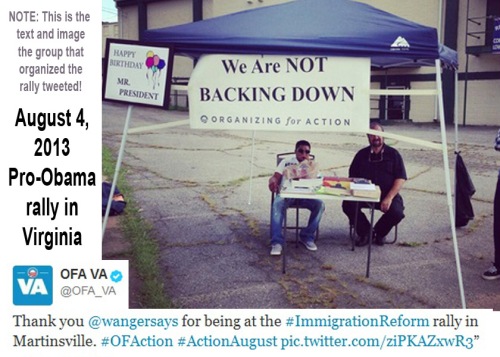 About this next one … someone at PØLITICØ apparently got a phone call. The original headline – “Poor attendance at Obamacare event in Virginia” – was changed to “Obamacare message war goes local.” My guess is some naughty little lapdog is spending some quality time in his crate until he learns how to properly hump the massah … I mean, messiah. 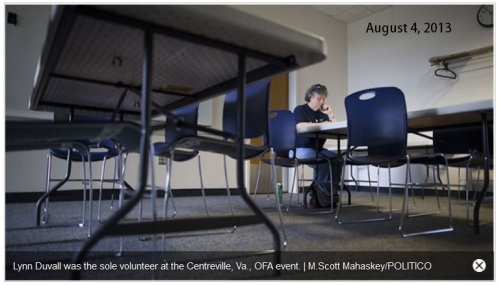 To be fair, some of the partays had some actual attendees. Maybe it was cuz they had cake. One of them even featured an ACTUAL EMPTY CHAIR that the royal butt had once graced back in ought nine. I bet they haven’t ever washed it. Ew. I think I threw up a little in my mouth.