Aug 1, 2013: Fox News video [:39] – Gowdy told Greta the Obama Administration is hiding Benghazi survivors, dispersing them around the country, even changing their names.

Rep. Trey Gowdy (R-SC) was on with Greta Van Susteren tonight to discuss the Obama scandals. This was after Jake Tapper on CNN broke the news today that there were “dozens” of CIA operatives on the ground in Benghazi on 9-11 when the consulate came under attack.

But hey … it’s all just a “phony” scandal, nothing to see here, and anyway, BUSH RAAAACISM SQUIRREL.

Comments Off on Obama is hiding witnesses

A CØØL-AID drinker wakes up

This guy is reportedly this rag’s token non-liberal, which makes him about as right-wing as John McCain. This is what he said about why he heretofore ignored everything the right’s been screaming about Benghazi for ELEVEN MONTHS.

“Like many people, I figured anti-American radicals had launched the attack, guessed that Obama was as upset about it as anyone, and didn’t blame him or Hillary Clinton for failing to secure a diplomatic outpost in an unstable country. I opposed Team Obama’s reelection for totally unrelated reasons.”

The Twitchy team summed up his epiphany perfectly:

My fave comments at Twitchy:

Comments Off on A CØØL-AID drinker wakes up

Gosnell was not an aberration 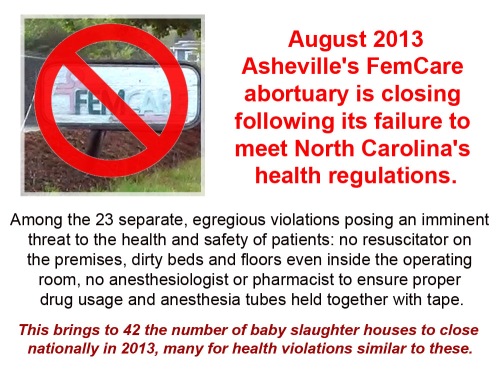 Three women testified before the Delaware State Senate this week about the Gosnell-style conditions at the Delaware Planned Parenthood abortuary where they were employed, which they describe as a “meat-market-style, assembly-line” doing for-profit abortions without regard for patient safety.

Employees assisted with surgical abortions despite having no medical credentials, prior health-care work experience or on-the-job training. Record-keeping was disorganized and patients were often not notified of positive STD lab results. Patients were put on operating tables still wet with the blood from the previous patients, then operated on with unsterilized equipment by a doctor too lazy to wear sterile gloves. The doctor, being paid per procedure, rushed patients in and out, sang rude songs to them and played Peek-A-Boo during procedures. He also slapped them and put them on the street before they had recovered from anesthesia.

Complaints about bad conditions made by these employees to higher-ups were ignored, which left these women with no option but to go public. All three women describe themselves as pro-choice and concerned only with making abortions in Delaware safer for women. For their efforts, the pro-aborts have labeled them woman-haters and liars.

Comments Off on Gosnell was not an aberration