It almost sems like I’m working again….I can’t wait for Friday to come.There’s a pretty good bunch of things coming tomorrow.Today is just various and sundry outrages,The GOP completely selling out and the protesters are over the Zimmerman trial…now its just the hoodlums and thieves.Last night in LA,the thugs used social media to flash mob a part of the city when the police were busy in another neighborhood.Crime has gone hi-tech.

MINDFUL:I FOUND THIS ONE TO ADD: 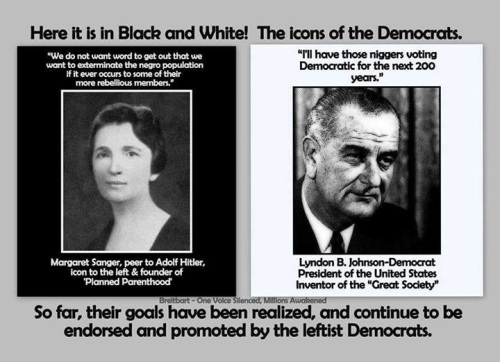 You can see numerous examples of these hate tweets @ http://twitchy.com/2013/07/17/epic-clash-between-larry-elder-and-piers-morgan-libs-unleash-torrent-of-haterade/.

As I understand it, the house slaves got goodies from their owners by supporting them in their oppression of the field slaves. Given the massive damage that leftist policies have wrought on black America, it seems to me that blacks who support these policies are the true “house niggers”, not the conservative blacks like Elder who see and speak the truth. 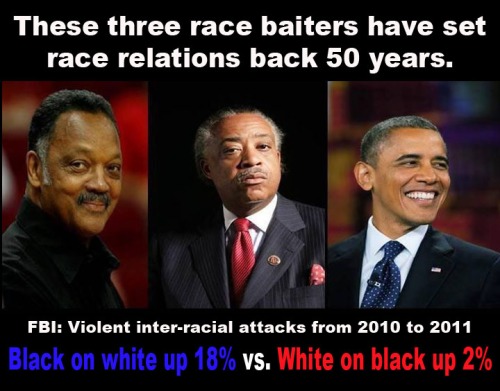 EXCERPTS from The election of a black president has meant nothing By Dennis Prager – July 16, 2013

The election, and even the re-election, of a black man as president, in a country that is 87 percent non-black — a first in human history — has had no impact on what are called “racial tensions.”

I put quotation marks around the term “racial tensions” because the term is a falsehood … a lie perpetrated by the left. A superb example is when the New York Times described the 1991 black anti-Semitic riots in Crown Heights, Brooklyn as “racial tensions.”

For those who do not recall, or who only read, viewed or listened to mainstream media reports, what happened was that mobs of blacks attacked Jews for three days after a black boy was accidentally hit and killed by a car driven by a Chasidic Jew.

Blacks stabbed a Jewish student to death, injured other Jews, and screamed, “Heil Hitler!” and “Death to the Jews!” while carrying signs with messages such as “Hitler didn’t finish the job.”

And how did the New York Times report the most serious anti-Semitic incident in American history?

Both sides equally at fault.

Once one understands that “racial tensions” is a euphemism for a black animosity toward whites and a left-wing construct, one begins to understand why the election of a black president has had no impact on most blacks or on the left.

I think there is another, deeper question to be answered which is WHY the anger?

Everybody in the world has stuff to be pissed about. Why does black leadership, the most egregious being allegedly religious leadership, focus not on helping people deal with their angers in constructive ways but rather vent it on the convenient and numerous “white”?

Isn’t that exactly what Hitler did? Germans were frustrated with their post-World War I lot in life, but rather than call them to buck up and change things for the better, Hitler gave them a simpler, more evil message. Blame Jews.

I see this in Obama’s narrative. He has a LOT of baggage, most of which is about crappy parents, but rather than deal with those issues, he just dumped it all into a bag of racial resentment and called himself a black man. And then, filled with this seething “racial tension”, he pretended to be the answer to “racial tension” in this country.