There is an amazing lot of first person tweets, pics and videos of the crash. Gotta wonder how many extra prayers went up in those first minutes because of tweeters sending the news far and wide. http://twitchy.com/2013/07/06/boeing-777-crashes-at-san-francisco-international-airport-photos/ 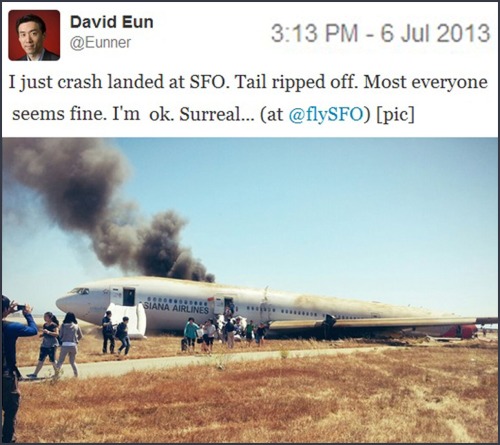 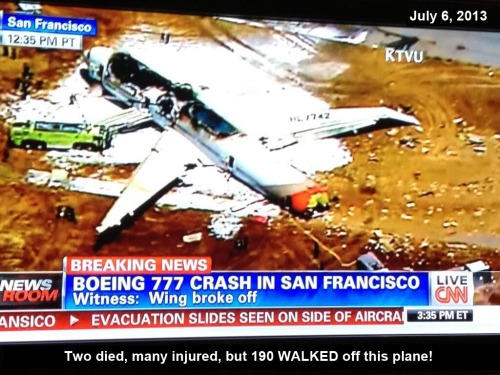 Travelers also kept each other informed better than the airlines were doing.

Tweet – They still haven’t officially told us on this plane why we aren’t flying to sfo. But we have told each other. Thank you twitter.

Also, home video of actual crash which folks are saying looks to have been pilot error. I thought the CNN version (somewhat enhanced) was a little easier to see than the YouTube one.

Comments Off on SFO crash … I kinda love Twitchy

And THEN Obama said … 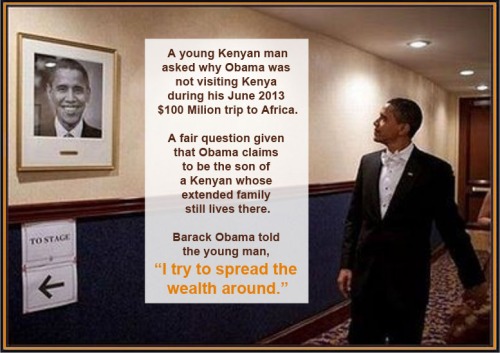 Ok. So the left is saying, “Big deal, Kerry was working remotely.” And that may be true, but the problem is not whether he was working on board; it is that this administration lies about everything! They would lie about the color of the sky, or what they had for breakfast! When someone lies so blatantly and frequently about little things, how can you believe anything they say about the big, important things?

When you point out something like that to a leftist, they act like your anger over being lied to is an overreaction. After all, it wasn’t a BIG lie…just a little one. Forget about the fact that you should be able to expect a basic amount of credibility from the freaking State Dept.

This is how emotionally abusive relationships work. Abusers will heap lies and mistreatment upon the victim so fast and furious, that the victim eventually starts to push back a little, maybe pointing out a lie or two. When that happens, the abuser will redirect the argument so that the victim is made out to be irrational and over-reactionary. This has been the Zero admin’s modus operandi since day 1.

I have been in abusive relationships before…being stuck in another one with my own government, from which I can’t escape without leaving behind everything I’ve worked so hard to achieve, well, it’s beyond galling. I almost pity the enablers on the left, because their time will come. Abusers don’t have any more respect for the useful idiots who take their side, than they have for their victims who fight back; in fact, they have even more contempt for fools who suffer them willingly. 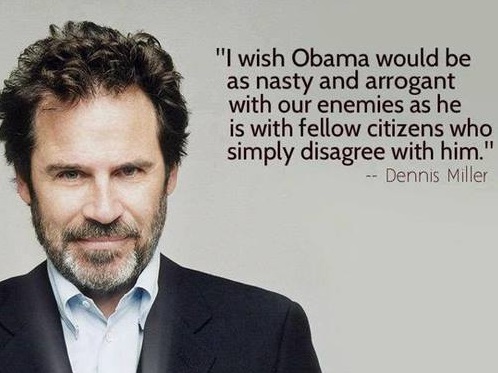 Invading every area of freedom 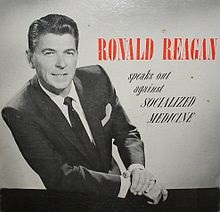 One minute of “Ronald Reagan Speaks Out Against Socialized Medicine” (1961) 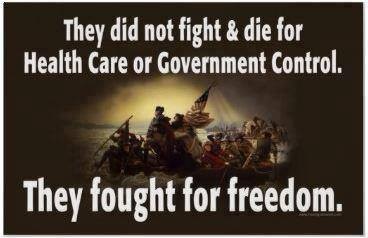