This is how Chrissy Original’s studio mostly never looks! 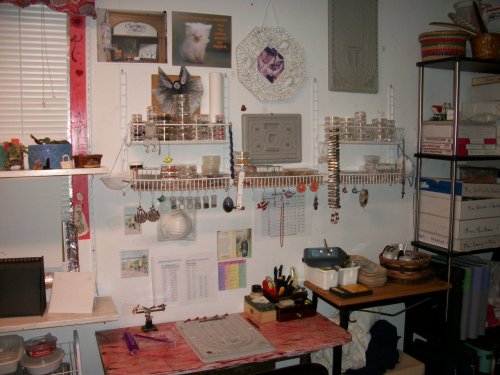 As soon as I got it all cleaned and tidied, I started a new project. It’s a mess again! LOL

Looks like Barry and Mooch’s Big Adventure is over (for now).

Morsi has ben such a disaster in Egypt Barry couldn’t go near him.Hundreds of thousands are threatening to overthrow the government.Wish our side had that many militants.What would he do?What would the National Guard do?If blacks were the ones being wronged we’d find out.Alas,we are too civilized for that kind of revolt.We continue to try to win against a rigged game.

IF THIS TANZANIAN WOMAN WERE TO FART,IT WOULD BE AN EXACT LIKENESS OF THE CHOSEN ONE

THESE CHILDREN WERE FORCED TO PARTICIPATE IN THE PRO-ABORTION RALLY IN AUSTIN,HOLDING SIGNS WITH COATHANGERS.THIS IS CHILD ABUSE.

PLANNED PARENTHOOD WAS ADVERTISING FOR PROTESTERS…THIS IS NO JOKE