If the Founding Founders were here today … 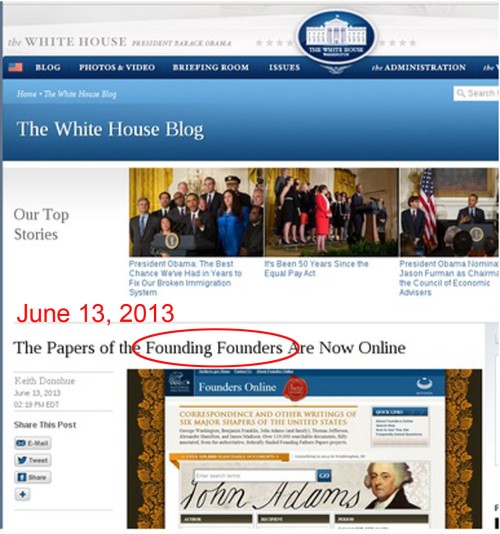 The title on the page itself has been corrected to read “Founding Fathers”, but last I checked, the URL was still as above.

And, in case you thought it was just a typo, think again. President Obama used the phrase in a speech he gave June 7, 2010, at Ford’s Theatre, Washington, D.C.

Comments Off on If the Founding Founders were here today …