Why I think the Millennium is now

There are a number of different interpretations of Revelation 20:1-10. The one I want to discuss today is the one that says that the Millennium began during Jesus’ lifetime on Earth and is still going on now.

My church (Roman Catholic) has pronounced only briefly on this subject and only to state that the Second Coming will be followed closely by the Final Judgment.  If you believe the Millennium will occur between the Great Tribulation and Final Judgment, God bless you. I don’t and I’m going to explain here why I don’t. If that will offend you, I hope you will do us both a favor and move on to more congenial blogs. Thank you.

In my Bible studies, I have found strong evidence that the Millennium began before Jesus ascended and will continue most likely until the 5th Trumpet and Bowl events. Below is the timeline I made. I will expand on each of the ten items individually below. 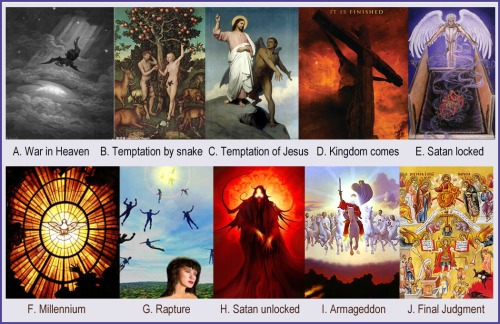 As I understand it, the Post-Tribulation/Pre-Final Judgment Millennium interpretation is based largely on the assumption that the Revelation visions are chronologically consecutive. I can’t agree. Revelation 12:1-9 seems to make it obvious that we ought not to expect a consecutive chronology in John’s visions.

N.b., We know 2 and 8 happened long before Jesus’ birth, because Satan was on Earth to tempt Adam and Eve in the Garden of Eden. 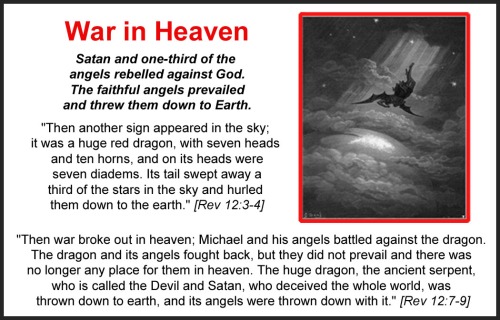 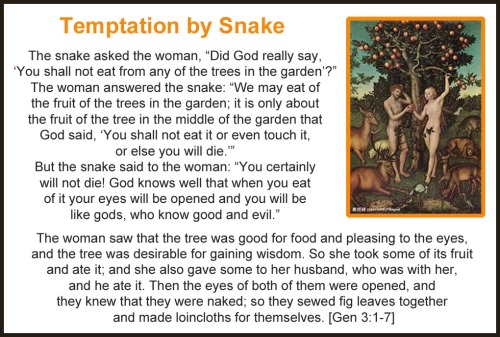 Apart from chronology, I can find only one other justification for a Post-Tribulation Millennium interpretation, which is that the forehead/hand marks are part of the Tribulation prophecies.

Revelation 20:4 “I saw the souls of those … who had not worshiped the beast or its image nor had accepted its mark on their foreheads or hands. They came to life and they reigned with Christ for a thousand years.”

2. Satan appears to have had free reign on Earth from the time he was thrown out of Heaven until some time after he tempted Jesus. 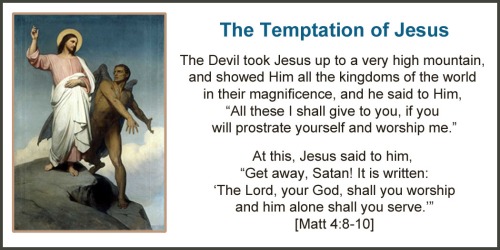 But once Jesus began his ministry, He spent quite a lot of time casting demons out of people, something He specifically said was proof that “the kingdom of God has come upon you.” Right after, He adds, “How can anyone enter a strong man’s house and steal his property, unless he first ties up the strong man? Then he can plunder his house.” [Matt 12:28-29]

3. Very soon after his triumphal entry into Jerusalem, Jesus said, “Now the ruler of this world will be driven out.” [John 12:31]

4. During the Last Supper, He said He would not drink wine again until the kingdom of God had come. He drank wine right before He died. 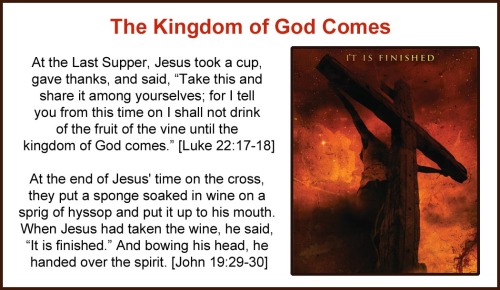 5. The grammar in the Millennium passage itself suggests that, at the time John had this vision (ca 90 AD), Satan had already been locked in the abyss. 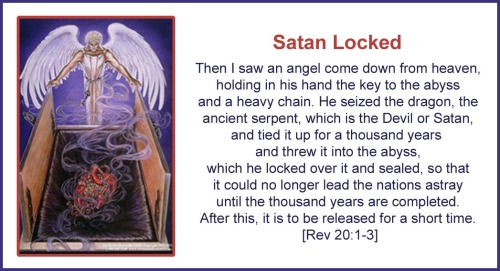 6. It seems fairly clear to me that the main reason for “binding the strongman” was to allow Christianity to spread. 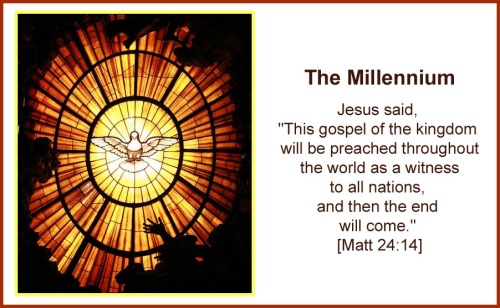 If you’ve been reading my Bible studies right along, you’ll know that I believe the Rapture will be the Second Coming, the “Jesus in the clouds” event, and that it will occur on the day of the Sixth Seal. This has nothing to do with today’s discussion, but I need to stick it in here so my timeline thing is complete. 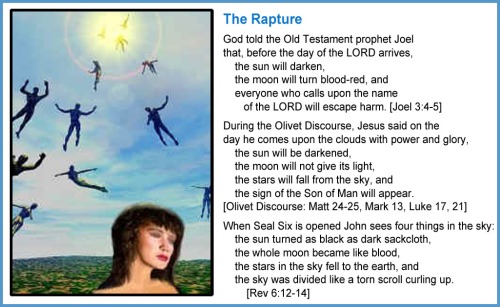 7. It appears that Satan will be released as part of the fifth Trumpet/Bowl events. I noticed something really interesting here: It says the passage to the abyss will be opened, which would allow Satan to come out on to Earth. But it never says Satan will be unchained. This fits with my interpretation that it was Jesus’ death that put the chains on Satan. That was a once for all event; the chaining would not be undo-able. 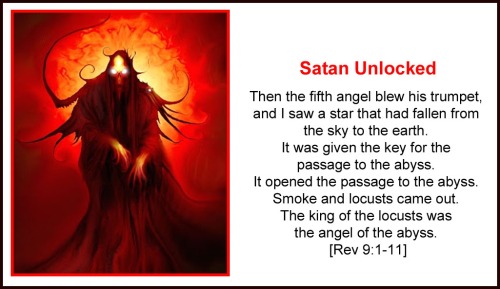 8. In Medieval History, I learned that a lot of Christians expected the Second Coming at the end of Y1K. This would make sense only if they interpreted the chaining and locking of Satan to have been accomplished by Jesus during His lifetime. As for “a thousand years” clearly not having meant a thousand literal revolutions of the Earth around the Sun, I have no problem with it. Elsewhere in the Bible, one thousand is used to symbolize a large, but indefinite quantity. We don’t insist that Psalm 50:10 must mean that God owns the cattle on no more and no less than one thousand hills, do we? 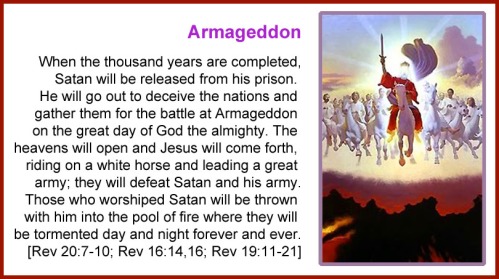 9. In Revelation 17:7-11, an angel says THREE times that the beast of the abyss existed once, but now exists no longer, and yet it will come again. Since the angel was speaking to John in his own present time, it seems patently obvious to me that Satan had already been locked into the abyss before 90 AD and would not be released until the Great Tribulation events the angel was describing. 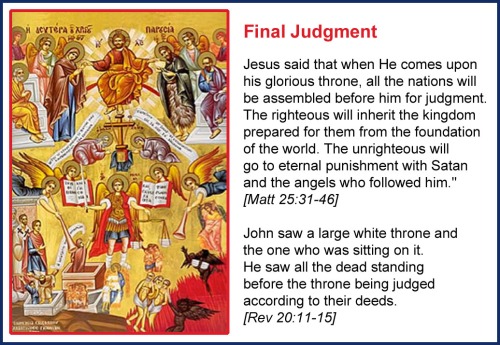 10. This interesting graphic further strengthens my case that the Millennium is now. 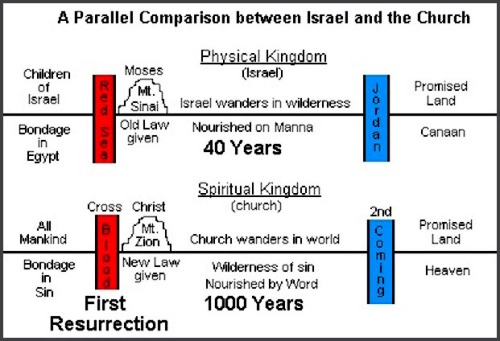 One response to “Why I think the Millennium is now”