D.C. doctor, Cesare Santangelo, says in the unlikely event that an abortion resulted in a live birth, “Legally, we would be obligated to help it” but “we would not help it.”

Tweeters had a field day responding to the asshat who said exposing the horror was more disgusting than the horror itself.

Best Tweet Today: A pro-choice friend of mine just told me that the Gosnell case has “turned” her pro-life.

Based on the true story that inspired A.A. Milne’s classic Winnie the Pooh books, this heartwarming tale follows the adventures of a Canadian soldier who leaves Winnipeg to fight in World War I. Along the way, he adopts a bear cub and names her Winnie, after his hometown. When he’s called to duty, the soldier donates Winnie to the London Zoo, where the cuddly creature becomes a big hit. Michael Fassbender, Gil Bellows and David Suchet star.

Comments Off on A Bear Named Winnie

This family drama stars Natasha Henstridge as Lisa Rayborn, a city girl who returns to her rural hometown for her mother’s funeral. After reconnecting with her grieving brother (Harry Hamlin) and father (Lawrence Dane), Lisa decides to stay and start a new life. To bolster her brother’s sheep-ranching venture, Lisa adopts a border collie. While training Lucky, Lisa finds romance with the local vet (Anthony Lemke).

[I don’t really feel like writing my own reviews, so let’s just say … if I post it here, it’s cuz I liked it and thought you might also. The info will just be C/P from Netflix.]

Comments Off on You Lucky Dog

This is worth the time.

A witness says there were special ops teams in the area that could have been mobilized, so the administration’s stuff about “we had nobody to send” and “we didn’t know what was going on” was bull.

People who know what happened are hiring lawyers and are scared to talk.

Kerry et al. say this is a bunch of conspiracy theory political hoo hah. Really … I’m supposed to believe Obama’s people about ANYTHING? Puh-leeze. I’ve seen where their priorities are.

THE STATE DEPARTMENT IS VIOLATING THE LAW…WHAT’S YOUR POINT? 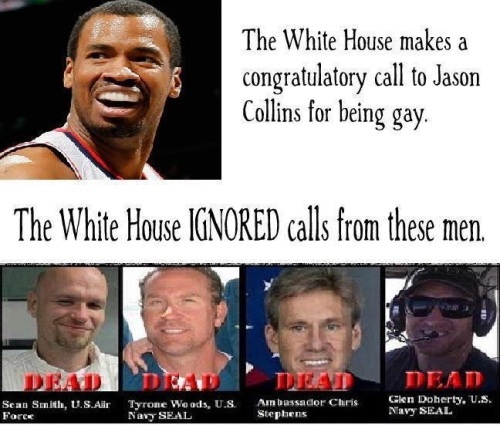 I will no longer waste your time posting stories about the civilized portion of our society being victimized by the savage beasts that roam amongst us.I could do it every day.And its old.And depressing.And inevitable given the social structure prevalent today.

Study shows that for the first time ever,black voters outnumbered white voters in 2012.That is credible if you first accept that there were tens of thousands of blacks who voted both absentee and in person,either knowingly committing fraud or not.There were also van loads of people going state to state,precinct to precinct in states without voter ID,since Obama won not a single state that required identification.He spent better than two years organizing this operation because that’s what he does.The other thing to consider is that we had a Massachusetts liberal who was exciting as tepid oatmeal.Even at that, he’d have won if he got as many votes as McShame did.But he didn’t have Sarah Palin on the ticket either.The Arkansas griftress is the presumptive party nominee for 2016,but there won’t be quite the fervor amongst our dark-complected friends because she ain’t one of them.Nonetheless,she will be formidable ,since the press dumped her for the Black Prince and she saved her sorry-ass partner by staying with him.The recurring theme will be another co-presidency,a sort of ‘restore the good times of the ’90’s scenario.’The fact it was due to a GOP House and Senate is not relevant.They will lie,the press will lie and no one can make them pay for it.

Rep. Trey Gowdy has been promising some shocking evidence in the Benghazi hearings.Apparently someone is going to testify that assets were available to help stop the attack but were not sent.I applaud Rep. Gowdy for doing the right thing,but this is another exercise in futility.As long as Holder is head of the Gestapo,nothing will ever come near any of those directly responsible.Mullah Kerry has stated that State will not provide lawyers for the whistleblowers and some at State and the CIA say they have been directly threatened.

I think Gowdy knows this will come to nothing,but we cannot shrug it off either.We only lose when we surrender.

I HAD SOME REALLY GREAT PICTURES TO POST,BUT WHEN I WENT TO ADD MEDIA,THE ONLY FOLDER THAT DID NOT COME UP IS THE ONE WITH THE PICTURES IN IT.THERE IS A DIFFERENT FORMAT.THE END IS NEAR.SCREW IT.

Posted by CtH, cuz the Grudge Without Pics is just not the same! 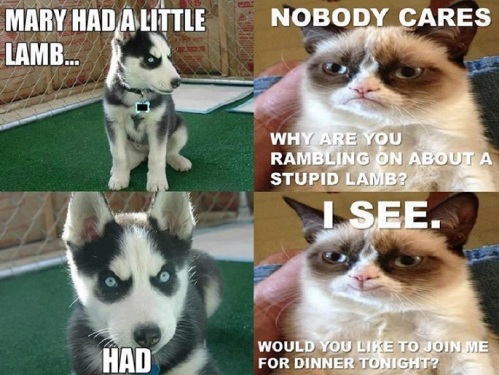