For most physicians, the dreaded complication is that the patient dies, but what abortionists dread is having the baby survive.

INCREDIBLE! I just googled “Gosnell trial” and one of the top hits was a HuffPo article posted 10 hours ago with the title …

“Kermit Gosnell Trial Is A ‘Peek Into The World Before Roe v. Wade'” by NARAL President Ilyse Hogue

Wow … could they BE any more blindly self-serving? Gosnell’s atrocities are the direct result of unrestricted, unregulated legal abortion, NOT some grotesque flashback to the “bad old days” when, BTW, fewer than 300 women died per year from illegal abortions nationally.

And you know why the number was so low?

Because it was a felony to perform an abortion, so the doctors who did it (and they mostly were doctors, using real tools, not coat hangers) had to be very careful so they wouldn’t get caught.

But now that we have “safe, legal” abortion, politicians like Kathleen Sebelius (former Kansas Governor and bff of late-term abortionist George Tiller) actively protect abortion butchers from prosecution and Planned Parenthood routinely spends millions lobbying against the passage of and then fighting in the courts to strike down laws that attempt in any way to protect the health and safety of women seeking abortion. This is why abortionists like Gosnell operate with impunity.

Speaking of which … this country elected President Barack Obama, a man who 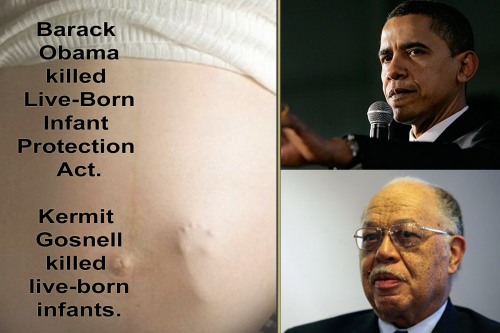 Re: the news blackout on the Gosnell trial 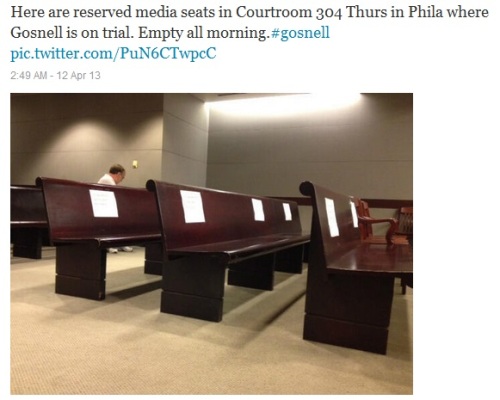 Tweeters have been posting news items that got more coverage than the Gosnell trial:

Then-Senator Obama defended his opposition to granting any kind of care to live-born infants [8:41]

For the record, Fox News is barely covering the Gosnell trial. I’m appalled.