If you think Republican leadership is to blame for the bad economy, consider your news source please. The MSM is in the tank for the Democrats. They’ve been lying to the public for years. 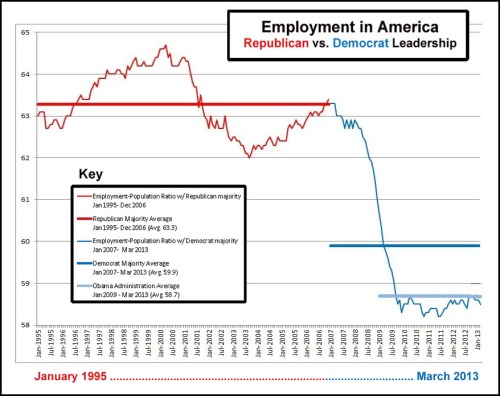 Obama flushes more of our money down the toilet

Once again, the American public lost when the Obama administration attempted to pick “winners and losers” in the free market. Today the electric car company Fisker Automotive, which received nearly $200 million in taxpayer money, is laying off three-fourths of its U.S. workers.

The Anaheim, CA-based start up has failed at pretty much every level – especially when it comes to the company’s ultra expensive luxury electric hybrid, the Karma (what a name!), which is assembled in Finland and received a green-energy loan to transition the assembly to the U.S., something that never happened.

This is really just the latest manifestation of the administration’s crony capitalism as their green energy buddies benefit from this atrocious waste of taxpayer money. Americans really need to get outraged by these wasteful ventures. As we’ve seen time and time again, We the People are always stuck subsidizing the left’s “losers.”

So what’s the solution and where do Americans go with our outrage? Stand up against the crony capitalism and elect only those who understand and will let America’s marketplace dictate economic successes, instead of letting politicians (some who have never run any business nor even worked in the private sector) choose free enterprises’ winners and losers. Take a stand, friends. Nothing will change unless you do. 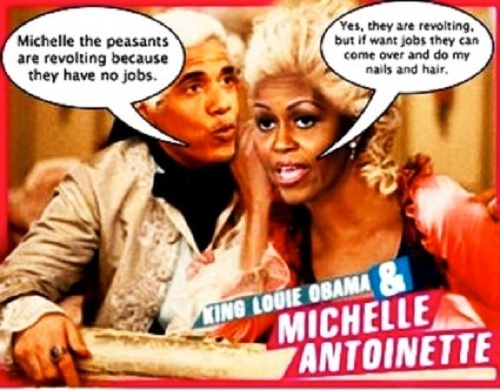 Being president of the U.S., the most powerful man in the world, is often most about perception. The man (or, one day, woman) in the job takes actions large and small every day, but it is the perception of the man that seeps into the everyday lives of working Americans.

That’s why presidential candidates always hit Philadelphia for a cheesesteak during campaigns (Democrats to Pat’s, Republicans to Geno’s). Sure, they’re running billion-dollar operations trying to win the White House, but one picture of them wolfing down a Cheez Whiz-covered glob of meat on a Philly street hits home with millions of voters: “Hey, that guy’s just like me! He loves him a Pat’s [or Geno’s] cheesesteak, too!” (Unless you’re John F. Kerry and order Swiss cheese — then everyone hates you.)

Sometimes, that perception cuts to the core. Like when President George W. Bush stopped playing golf in 2003, at the height of the Iraq War.

“I think playing golf during a war just sends the wrong signal,” he said years later. “I don’t want some mom whose son may have recently died to see the commander in chief playing golf. I feel I owe it to the families to be in solidarity as best as I can with them.”

That’s also why Mr. Bush did two other things, without fanfare or praise. First, he never headed home to his Texas ranch until after Christmas, instead going to Camp David for a few days. That way, the hundreds of people revolving around him at all times — White House staff, Secret Service agents, reporters, photographers, all the others — could spend the holiday with their families in and around Washington, D.C. No one ever reported that — until this column.

Second, he rarely attended sporting events, although he once owned a baseball team and was a self-confessed stats junkie. His thinking there was the same: If he went to a baseball game (right down the street from the White House), his mere presence would mean hours and hours of extra security for fans. He once stopped off at the Daytona 500 and the metal detectors through which every fan had to pass left thousands outside in line when the green flag fell; he didn’t attend many sporting events after that.

But something remarkable has happened with these occupants of the White House: Neither President Obama nor first lady Michelle appear to give a damn about perception. They won the White House and, by God, they’re going to enjoy their time there, no matter the cost. And who cares what you think, anyway?

How else to explain the nonstop vacations the pair keep taking during what Mr. Obama calls the “worst financial crisis since the Great Depression”? In 2013, the First Family has already enjoyed three vacations — that’s one a month. (Sorry, Joe America, you might have to forget your week at the beach again this year, but make sure you get those taxes in on time!)

The Obamas ended 2012 and kicked off 2013 in an $8 million, 6,000-square-foot house in Hawaii (they left well before Dec. 25, by the way). There, the president played five rounds of golf (breaking the 100-rounds-as-president threshold). Scarcely a month into Term 2, Mrs. Obama headed off for Aspen, taking along the couple’s daughters. Vice President Joseph R. Biden also hit the Colorado slopes. While the girls (and Joe) were gone, Mr. Obama nipped down to Florida for a four-day boys weekend of golf, teeing it up with his buddies — and Tiger Woods. He hit the links again this weekend, then dropped in for an NCAA tournament game in Washington.

Jumpin’ Joe, for his part, spent New Year’s in the Virgin Islands and popped off over the Easter weekend for a golf outing at the glorious Kiawah Island, S.C. (where rounds of golf on the spectacular Ocean Course run $353 — nearly $20 a hole). His third vacation of the year came the same week as reports that he and his entourage spent $460,000 for a single night in London and $585,000 for a night at a five-star hotel in Paris.

Then, last week, reports emerged that the Obama girls were kicking it in the Bahamas for spring break. Days later, a Colorado news station, KMTV, reported that the girls were now skiing in Sun Valley, Idaho. The White House flacks didn’t like that one bit.

“From the beginning of the administration, the White House has asked news outlets not to report on or photograph the Obama children when they are not with their parents and there is no vital news interest,” said Kristina Schake, communications director to the first lady. “We have reminded outlets of this request in order to protect the privacy and security of these girls.”

At their demand, the station scrubbed the report without explanation. What losers.

To be clear, this has nothing to do with the daughters. Never has. They are wonderful girls. The issue is use of taxpayer money, especially since Mr. Obama has shut down the White House to visitors, citing the cost of security. All these trips cost millions for Secret Service protection; couldn’t they just skip a few vacations so taxpayers could visit “America’s House”?

But no, the Obamas don’t care a whit about that, or the perception of them living high on the hog while many hardworking Americans are struggling to get by — and hoping to save enough for just one vacation this year.

And that perception, juxtaposed with reality, more than nearly anything else, tells you an awful lot about this president.

Comments Off on King Barack and MEchelle Antoinette

Ever wonder why Barry is never blamed for the chaos he’s created?The media announces the economy added 88,000 jobs last month and the unemployment rate is 7.7%.Period.Nothing about the 668,000 that stopped looking for work and were not counted.

Everything is geared toward 2014.Obama keeps proposing garbage he knows the Republicans will never agree to,then the media whores announce that preezy’s trying,but those Republicans just won’t go along. If they can convince enough nitwits that the GOP won’t allow the dems to get things done,they are trying to get control of the House back,as I said yesterday.Then it’s over.

I have an awful lot of articles to pick through today,trying to pick out the best,as I always do.Thanks for stopping by.