Israel vs The World 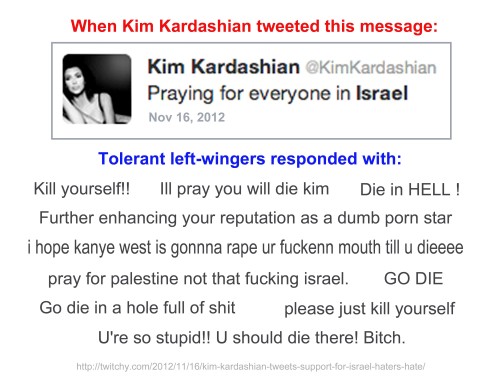 Are not five sparrows sold for two small coins? Yet not one of them has escaped the notice of God. Even the hairs of your head have all been counted. Do not be afraid. You are worth more than many sparrows.

I tell you, everyone who acknowledges me before others the Son of Man will acknowledge before the angels of God.

But whoever denies me before others will be denied before the angels of God.

History tells us that after there was no more of the known world left to conquer,Alexander the Great wept.It is not beyond reason to think Obastard likewise felt something of a tinge (someone bereft of compassion has no capacity for sorrow or tears) when he came to the reality that he could no longer do the only thing in life he was ever any good at…campaigning. He will spend the next four years preening for an adoring mob and exacting revenge on the people of this country who are everything he is not: hard-working,honest,independent, spirit-filled families that endure what comes and attach no blame for their circumstance.They raise their children in the ideal that nothing of worth ever comes easy or without effort.

In all likelihood we will,indeed,careen over the “fiscal cliff” because that’s precisely what he wants.He doubled down on his demand for tax increases and now has $1.6 trillion as a target.He knows the republicans would be committing political suicide by surrendering to this magnitude of fiscal thievery and,of course,the resultant maelstrom will be blamed entirely on the GOP by his loyal bootlickers in the media. There will be multitudes of illegal,immoral, unconstitutional acts perpetrated by the left and the bastard’s overt duplicity will ,of course,be ignored or dismissed out of hand.

The regime knew of Gen. Petraeus’ trysts for some time and held it over his head like the sword of Damocles.He foolishly thought if he gave in to their extortion they would cover for him.He served his country with honor,but he doesn’t know shit about liberals.He is testifying today behind closed doors and will ‘revise’ his remarks about the Benghazi murders being a protest.I know there are several gold-digging bimbos involved,but I don’t care enough to get into the details.All I know  is that the administration allowed the affair to go on and jeopardize national security.

The Palestinian killers were elated that Brother Hussein will be around for the next few years so they can go forward with their plans to attack Israel with impunity.America will stand by and watch.Israel knows it too,and unlike what we’re stuck with,they have a leader who really does love his country and is willing to kill those who would destroy her.Would that we had a leader with an iota of the stuff Mr. Netanyahu is made of.Unfortunately we’re stuck with what we got.

Joblessness goes up after Obama’s re-election

Nov 15: The Department of Labor has announced that new jobless claims rose by a staggering 78,000 in the first week after the election. The administration is blaming Hurricane Sandy, but the worst hits were to Pennsylvania and Ohio, where there were thousands of layoffs in the construction, manufacturing, and automobile industries, while layoffs in New York actually dropped.

Comments Off on Joblessness goes up after Obama’s re-election

Faith in God leads us to turn to him alone as our first origin and our ultimate goal, and neither to prefer anything to him nor to substitute anything for him.

Even when he reveals himself, God remains a mystery beyond words:

Comments Off on Hear, O Israel