Hitler is a Democrat 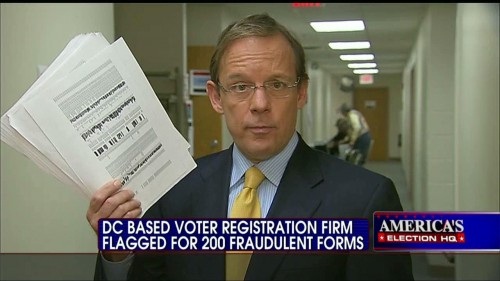 FieldWorks, a private Washington, D.C. based firm, works mainly with Democratic candidates and causes, claims to have “zero tolerance for fraud.”

But last month, a FieldWorks employee plead not guilty by reason of insanity to 22 counts of felony false voter registration and one count of election falsification.

Maybe the real problem is with the CONTRACTORS … organizations like FieldWorks that HIRE canvassers to get signatures and registrations and require them to meet quotas in order to get paid.

If you suspect voter fraud or election problems where you live, you can report it to Voterfraud@Foxnews.com.

A Dust Off chopper saved my brother’s life in Vietnam. His son and daughter and their sons and daughters would not exist if the Obama-Panetta doctrine had been the order of the day back then. CtH

“My veteran friends are horrified by the Obama-Panetta doctrine. At least 359 retired flag officers support Mitt Romney – only five that I know of support Obama. Some 150 former prisoners of war also support Romney; I know of none who support Obama. America needs to listen to these veterans. They understand leadership. They know how to deal with risk in war. They would not want this man with them in combat or crisis. They never left a needy comrade behind. Obama did.”

Now I understand! For years, many veterans and active military have been alarmed about the idiocy of the changes in battlefield aeromedical evacuation known as Dust Off. For reasons having nothing to do with patient care, Dust Off has been removed from the control of the professionals, the medics, and put under the control of amateurs, aviation staff officers, or ASOs. This is the first such change since the Civil War.

I document the unparalleled excellence of Dust Off, and the effects of the changes, in my book, “Dead Men Flying.” Needless to say, it was the most outstanding battlefield operating system of that war – some one million souls saved and unprecedented survival rates. No warrior of Vietnam is more revered than the Dust Off crews.

In the words of Gen. Creighton Abrams, former U.S. Army chief of staff and former supreme commander in Vietnam: “A special word about the Dust Offs … Courage above and beyond the call of duty was sort of routine to them. It was a daily thing, part of the way they lived. That’s the great part, and it meant so much to every last man who served there. Whether he ever got hurt or not, he knew Dust Off was there. It was a great thing for our people.”

Fast forward to current battlefields. We hear horror stories about patients waiting and dying because Dust Off didn’t launch or came too late. The launch standard in my unit in Vietnam was two minutes; today it is 15 minutes! Can anyone imagine a fire truck taking 15 minutes to get under way? I could go on and on, but one has to ask, why? Why the changes to an excellent, proven system?

The answer is the Obama-Panetta Doctrine. In response to the horrible abandonment of dying Americans in Benghazi, Defense Secretary Panetta said: “(The) basic principle is that you don’t deploy forces into harm’s way without knowing what’s going on; without having some real-time information about what’s taking place.”

On its face, that is a remarkable, indeed incomprehensible, change from America’s doctrine in past wars. By that standard, there would have been no Normandy or Inchon. In fact, I can’t think of a war we fought in which we didn’t go into harm’s way without real-time information or to save lives – something the president refused to do in Benghazi. Dust Off would never launch in Vietnam under that doctrine.

To fully understand the doctrinal change, one has to understand President Obama. He has a dearth of understanding of our military and military matters. We hear he is uncomfortable in the presence of ranking military and seldom meets with them. He is not a person who can make decisions, and he takes an extraordinary amount of time to do so, leading to such unseemly labels for a commander in chief as “ditherer in chief.”

President Obama may have set records for voting “present” on important issues. He cowers from crisis decisions. He is a politician who thinks only in terms of votes and his image. Although I was a psychology major back in the day (I’d love to hear a professional analyze risk and Obama), I won’t try to define his insides, but I believe he is risk-averse – fearful of risk – and that is the basis of the Obama-Panetta doctrine.

This aversion for risk dominates Dust Off rescue operations where, in addition to an unconscionable reaction time, risk assessment is the primary consideration for mission launch – not patient care. In two years flying Dust Off in Vietnam, I never heard that term, nor did any Dust pilot I know. The ASOs, remote from the battle, have developed time-consuming algorithms to analyze risk while the patient bleeds, something that’s impossible to do by anyone other than the pilot and the ground forces at the scene.

And Obama’s terror of risk contributed to the massacre of Americans by terrorists in Benghazi. We hear that the president did not even convene the Counterterrorism Security Group while the Benghazi terrorist massacre was visually and verbally available in real time. That is like ignoring FEMA during Hurricane Sandy. But once you bring in a group labeled anti-terrorist, you have to acknowledge terror exists, something the president is loath to do.

My veteran friends are horrified by the Obama-Panetta doctrine. At least 359 retired flag officers support Mitt Romney – only five that I know of support Obama. Some 150 former prisoners of war also support Romney; I know of none who support Obama.

America needs to listen to these veterans. They understand leadership. They know how to deal with risk in war. They would not want this man with them in combat or crisis. They never left a needy comrade behind. Obama did.

Faith is a personal act — the free response of the human person to the initiative of God who reveals himself. But faith is not an isolated act. No one can believe alone, just as no one can live alone. You have not given yourself faith as you have not given yourself life. The believer has received faith from others and should hand it on to others. Our love for Jesus and for our neighbor impels us to speak to others about our faith. Each believer is thus a link in the great chain of believers. I cannot believe without being carried by the faith of others, and by my faith I help support others in the faith. ~ Catholic Catechism, Paragraphc 166 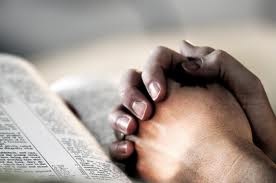 Brilliant MUST SEE Video About Conservativism!

This video was not paid for by anyone. It was made by a citizen with a computer and the courage of his convictions.

If the folks you talk to are still thinking Democrats care more about the poor, show them this video and ask one simple question:

“If the government goes bankrupt, how will the people who depend on government checks survive?”