In 2010, Planned Parenthood affiliates performed 329,445 abortions. Abortions made up 91% of the “pregnancy services” the clinics offered, but apparently it wasn’t enough to satisfy them.

“This mandate will no doubt result in an increase in revenue for Planned Parenthood as well as an increase in the more than 329,000 lives the abortion chain ends in one year. Does that sound like women’s health?”

“[This] is the ultimate evidence that Planned Parenthood’s chief concern is making money of abortion – not the health of vulnerable women and girls.”

There’s other evidence that Planned Parenthood’s real concern is profit, not women’s health, as they so often and so sanctimoniously proclaim.

Despite these statistics and the fact the FDA recommends the drug be used only under the close supervision of a physician, Planned Parenthood cooked up a plan to see it to women via high tech vending machines!

These so-called webcam or telemed abortions dispense RU-486 to women via a Skype-type video link. The women are never seen in person by a physician. Not only did Planned Parenthood decide to do this, but they actually fired a clinic manager for objecting to the plan.

This video is inspiring! The manager is the one that got fired. March 12, 2012 – “Former Planned Parenthood Manager Leads 40 Days for Life, Abortion Clinic Closes” [9:28]

Comments Off on Planned Parenthood clinics saying no to abortion?

Twenty five shopping days until Christmas.DW wants to put up our tree this weekend.I remember when I married her,her kids had never had a real tree.It was an annual thing when my children were young.We’d take the pickup,head to one of the many tree farms in the area and tramp through acres of trees to find just the right one.Then you take out the saw and kill a tree in honor of the season.We’d drag it out to the path where a tractor with a flatbed would come along and haul you and your tree back to the main building.While they tagged it and fed it through a machine to encase it in nylon netting we’d go into the little restaurant with the roaring fireplace and treat ourselves to some hot chocolate and a fresh donut.We’d sing carols all the way home and after much effort I would finally get the darn thing to stand up straight in the stand.It filled the whole room with a delightful smell and you almost ignored the constant watering and stepping on dried needles in your bare feet.We never left it up long after the holiday because these trees can ignite and be engulfed in a matter of seconds.We repeated this with SD and SS as long as they lived with us and SD still makes an event of it with her two daughters.SS is so tight with a dollar he makes Scrooge look like Santa,so they do the artificial tree thing,as we’ve done for years.This is one of the simple memories of family time that stay with you forever.

ADDED BY CTH FOR PETE’S SAKE: 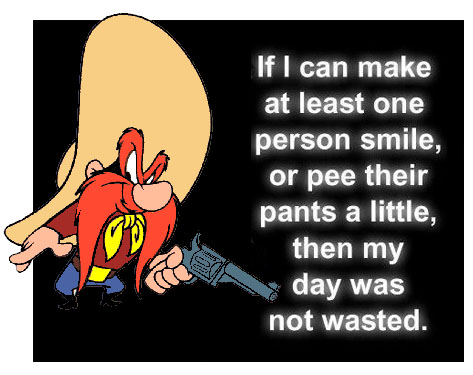 I finished my latest quilting project … a floor play pad for Monkey Junior (and any sibs he may have).

Obama in PeePee has its own Twitter account @ #Obamainpeepee. This is its profile pic. [I did not realize the doll Glenn used was an Obama as Jesus doll. That makes this even more fun.]

I, for one, think the Obama in a jar of pee pee is hilarious because 1) It’s not really pee pee and 2) it makes lefties cry hippie tears.

Glenn Beck tried to sell his artwork via eBay with proceeds to go to charity. Bids got up to $11,300 when eBay abruptly yanked the listing.

Tweet: Either @GlennBeck gets federal funding for his art, or they’re trying to shut down free sPEEch. 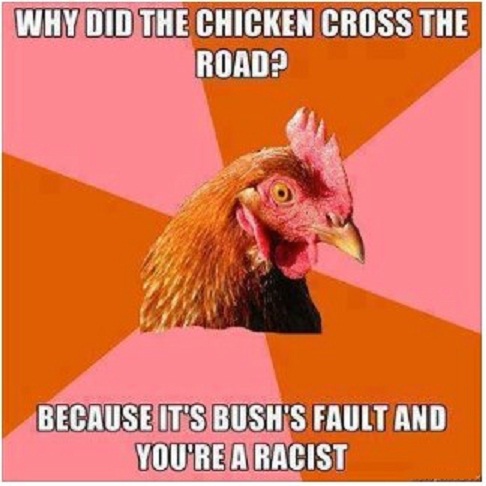 Tweet: Nude activists protest in Boehner’s office http://bit.ly/RgA2qR. For once, I wish there had been a govt cover-up.

Tweet: Feminists & minority activists are such hypocrites.You can’t argue that we’re all equal and then ask for special treatment for “your people”

After 40 days and nights in the desert, he would see a blaming bush

He would have pointed to the Earth and yelled to God – “You didn’t build that!”.

He would’ve spent most of his sermon on the mount blaming the previous messiah.

He would have sat down and had a beer summit with the money changers as the people got hosed.

The first time Peter denied him he would have called him racist.

Tweet: I’m inclined to agree with those who say we’ve already gone over the fiscal cliff, and are just awaiting the “SPLAT!” at the bottom.

I remember when gas was less than a dollar a gallon, which makes me ancient 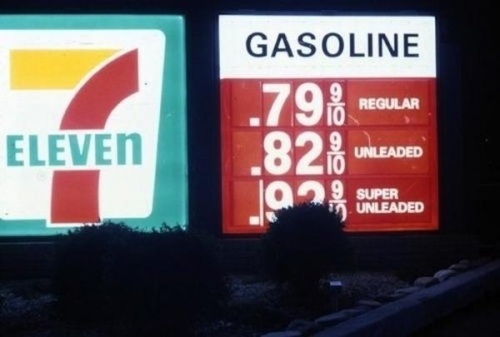 CtH: I think it’s the Republic he wants to destroy. Taking down Republicans is just one of the items on the To Do list, along with driving small businesses out of business.

Tweet: Egyptian Islamists think that the pyramids need to be destroyed. So why didn’t Mohammed Atta, et al., just fly planes into the pyramids?

So TIME rag-azine nominated Sandra “$3,000 of birth control per year” Fluke for Person of the Year. Notwithstanding that she doesn’t deserve to be mentioned in the same zip code as a young lady like Malala Yousafzai, who is risking her life for the chance to go to school, Sandra, as usual, accepted the “honor” with her usual shallow self-centeredness. She then felt the need to point out that there are few women nominees.

Well hey Sandra, if women are spending as much time in bed as you seem to be, maybe they don’t have time to make a difference in the world. Besides spending all that time shagging random guys, there are dishes to be washed and babies to feed. Time management, you know. By the way, thanks for setting women back 80 years with your focus on our bodies instead of our brains. We sure appreciate it. I mean, who doesn’t love being objectified? Because seeing women as people instead of sex objects is totally not what true feminism is all about. It’s about demanding enough birth control to let you have sex 2-3 times a day for an entire graduate school career. Yeah. That’s it.

Hey Sandra, I’mma let you finish, but next time you want to complain about sexism, you MIGHT want to keep in mind that you’re only famous as a sex-crazed, demanding brat who makes the average two-year-old look reasonable by comparison. Grow up, sweetie. We’re tired of your whining.

God created the heavens and the earth

325     The Apostles’ Creed professes that God is “creator of heaven and earth”. The Nicene Creed makes it explicit that this profession includes “all that is, seen and unseen”.

326     The Scriptural expression “heaven and earth” means all that exists, creation in its entirety. It also indicates the bond, deep within creation, that both unites heaven and earth and distinguishes the one from the other: “the earth” is the world of men, while “heaven” or “the heavens” can designate both the firmament and God’s own “place” — “our Father in heaven” and consequently the “heaven” too which is eschatological glory. Finally, “heaven” refers to the saints and the “place” of the spiritual creatures, the angels, who surround God.

327     The profession of faith of the Fourth Lateran Council (1215) affirms that God “from the beginning of time made at once (simul) out of nothing both orders of creatures, the spiritual and the corporeal, that is, the angelic and the earthly, and then (deinde) the human creature, who as it were shares in both orders, being composed of spirit and body.”

The existence of angels — a truth of faith

328     The existence of the spiritual, non-corporeal beings that Sacred Scripture usually calls “angels” is a truth of faith. The witness of Scripture is as clear as the unanimity of Tradition.

330     As purely spiritual creatures angels have intelligence and will: they are personal and immortal creatures, surpassing in perfection all visible creatures, as the splendor of their glory bears witness.

Comments Off on God created the heavens and the earth

Before a majority of our fellow citizens decided to commit national suicide,politics took up a large part of my day.After She died,I had a hard time finding anything worthwhile to talk about.Then I discovered that outside the shallowness of political Kabuki,there really are good things in life.I suspect it’s always been that way.If you want true peace you have to look for it.The search is definitely worthwhile.

I’D LIKE TO FIND ONE OF THESE FOR CHRISSY:

Logic, lies and other stuff

During the recent campaign, President Obama claimed credit for increasing funding to the Pell Grant program, which provides college funds, free from repayment, to millions of students. What he never mentioned was the law he signed in 2011 that cut a student’s lifetime eligibility for these funds from 18 semesters to 12. The cut went largely unreported by the media.

Glenn Beck responded to controversy over a painting of President Obama resembling Jesus Christ on a crucifix by putting an Obama doll into a container of what appeared to be urine. He titled his artwork, “Obama in Pee Pee” and put a price tag of $25,000 on it. He was no doubt inspired by the award-winning and government-funded piece of art know as Piss Christ by Andres Serrano.

Regulations are driving us out of business [3:55]

Business owners explain why they will be closing down their farm over the next five years.

A little late posting today.DW and I went to the local blood bank and donated today.She has a rare blood type and hers is sorely needed.She is O negative-negative.Hers is the blood they need specifically for high-risk newborns.She wasn’t aware of that,and was a little distressed because it’s been a while since she donated.I needed a lot of blood when I had my open heart surgery and this is just a way to give back.

Watching this video made me weep. I think there’s a special place in Hell for the horrible people who inflict such cruelty on these gentle, lovely creatures.