Pharobama and the guilt of Eli’s house 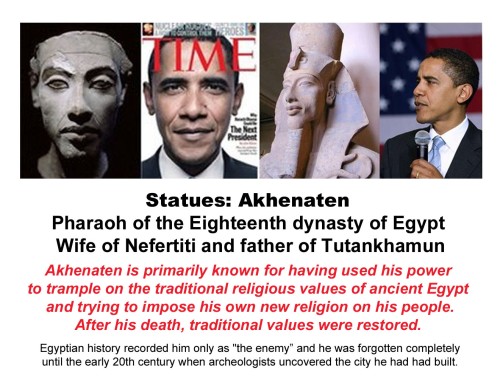 And Samuel said, “Speak, for your servant is listening.”

The Lord said to Samuel: “See, I am about to do something in Israel that will make the ears of everyone who hears about it tingle. At that time I will carry out against Eli everything I spoke against his family—from beginning to end. For I told him that I would judge his family forever because of the sin he knew about; his sons blasphemed God, and he failed to restrain them. Therefore I swore to the house of Eli, ‘The guilt of Eli’s house will never be atoned for by sacrifice or offering.’”

November 6, 2008: Chris Matthews said, “I want to do everything I can to make this thing work, this new presidency work.”

3 responses to “Pharobama and the guilt of Eli’s house”