Negligent or complicit – Take your pick

In piecing together the details of the Benghazi attack up the U.S. consulate, it is becoming clear that there were U.S. Special Operations forces on the ground, at least two drones overhead and lasers being used to paint at least one target. The question then becomes, if these things were in place for a strike against attackers, who called it off? There can only be one answer, the commander-in-chief Barack Obama.

Fox News reports on the laser being used to paint the target:

At that point, they called again for military support and help because they were taking fire at the CIA safe house, or annex. The request was denied. There were no communications problems at the annex, according those present at the compound. The team was in constant radio contact with their headquarters. In fact, at least one member of the team was on the roof of the annex manning a heavy machine gun when mortars were fired at the CIA compound. The security officer had a laser on the target that was firing and repeatedly requested back-up support from a Spectre gunship, which is commonly used by U.S. Special Operations forces to provide support to Special Operations teams on the ground involved in intense firefights.
http://www.foxnews.com/politics/2012/10/26/cia-operators-were-denied-request-for-help-during-benghazi-attack-sources-say/

This went on for four hours and the White House was able to watch this all take place live. Two drones were above recording what was taking place and it seems one was called in to relieve the other, presumably because of fuel issues. A former Delta operator over at BlackFive writes:

Having spent a good bit of time nursing a GLD (ground Laser Designator) in several garden spots around the world, something from the report jumped out at me.

One of the former SEALs was actively painting the target. That means that Specter WAS ON STATION! Probably an AC130U. A ground laser designator is not a briefing pointer laser. You do not “paint” a target until the weapons system/designator is synched; which means that the AC130 was on station.

Only two places could have called off the attack at that point; the WH situation command (based on POTUS direction) or AFRICOM commander based on information directly from the target area.

If the AC130 never left Sigonella (as Panetta says) that means that the Predator that was filming the whole thing was armed.

If that SEAL was actively “painting” a target; something was on station to engage! And the decision to stand down goes directly to POTUS!

There is also the issue of the former Navy SEAL Tyrone Woods and a small team that ignored orders to stand down after they requested permission to go and help.

Former Navy SEAL Tyrone Woods was part of a small team who was at the CIA annex about a mile from the U.S. consulate where Ambassador Chris Stevens and his team came under attack. When he and others heard the shots fired, they informed their higher-ups at the annex to tell them what they were hearing and requested permission to go to the consulate and help out. They were told to “stand down,” according to sources familiar with the exchange. Soon after, they were again told to “stand down.”

Woods and at least two others ignored those orders and made their way to the consulate which at that point was on fire. Shots were exchanged. The rescue team from the CIA annex evacuated those who remained at the consulate and Sean Smith, who had been killed in the initial attack. They could not find the ambassador and returned to the CIA annex at about midnight.

CIA spokeswoman Jennifer Youngblood denied claims that requests for support were turned down.

“We can say with confidence that the Agency reacted quickly to aid our colleagues during that terrible evening in Benghazi,” she said. “Moreover, no one at any level in the CIA told anybody not to help those in need; claims to the contrary are simply inaccurate. In fact, it is important to remember how many lives were saved by courageous Americans who put their own safety at risk that night-and that some of those selfless Americans gave their lives in the effort to rescue their comrades.
http://www.foxnews.com/politics/2012/10/26/cia-operators-were-denied-request-for-help-during-benghazi-attack-sources-say/

I can’t help but think that this sounds, at least with the information that we are getting, like much of the response to the attacks of September 11, which was no response. Even more disturbing is what BlackFive writes,

“This is bigger than Watergate!… The worst has to be the team on the ground knowing that the President just left you to die.“

All of this was responded to by Defense Secretary Leon Panetta on Thursday. He said,

The U.S. military did not get involved during the attack on the U.S. mission in Benghazi, Libya, last month because officials did not have enough information about what was going on before the attack was over.

Just how much information did you need? The White House had emails. They had forces on the ground, drones overhead, a live feed, painted targets. For four hours nothing was done while the consulate was attacked. There was a Special Operations team operating in Central Europe that could have been called upon, but weren’t, and could have flown there in less than two hours. But none of this was done.

It is looking more and more as though this was not only a planned attack, but also that either the White House was either negligent and irresponsible in their “non-response” or complicit. 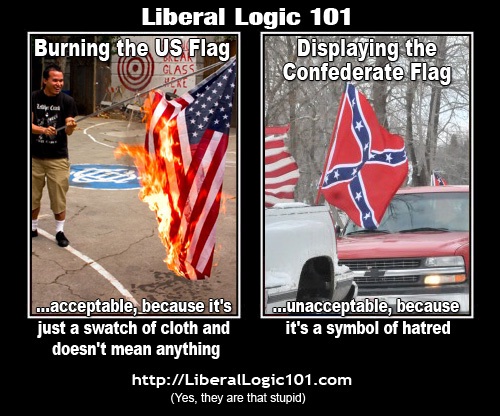 Did 4 Americans die because Obama wants a second term?

SHORT STORY LONG – Here’s the timeline I’ve pieced together, with URLs at the end:

February 17 Brigade is a militia with links to the Muslim Brotherhood, the largest and most influential Islamic movement in the world. It’s credo is, “Allah is our objective; the Quran is our law, the Prophet is our leader; Jihad is our way; and death for the sake of Allah is the highest of our aspirations.” Its most famous slogan, which is used worldwide, is “Islam is the solution.”

Ansar al-Sharia: Translation “Partisans of Islamic Law” is an Islamist militia group in Libya that advocates for the implementation of strict Sharia law throughout Libya.
Category Yellow: Homeland Security uses a five color-coded threat level scale to label the probability of a terrorist attack and its potential gravity. Red is severe risk; Orange is high risk; Yellow is significant risk; Blue is guarded, general risk; Green is low risk.

I was talking about all this with Dearest and mentioned my blog of Oct 15, 2012 (see URL below) where I showed how President Carter’s approval ratings had gone above 50% for four months after our Tehran embassy personnel had been taken hostage.  And I said, “I bet Obama was pissed they murdered Stevens instead of taking him hostage.”

Dearest said he would not be at all surprised if Obama had actually organized the whole thing.  I was skeptical at first, but when he laid out his reasoning, I had to admit, disgusting as it is, it’s also plausible.

Suppose Obama made a deal with the Muslim Brotherhood, or somebody like them, to swoop into an unprotected compound on 9/11 and take Stevens hostage. And suppose that it was only because Doherty and Woods disobeyed orders to sit on their hands that said attackers found themselves getting shot at by two highly trained Navy SEALS.

Would not the likely outcome be that the attackers would assume they had been taken for suckers and take out their anger at Obama by publicly brutalizing and murdering the guy they were supposed to just kidnap?

Keep in mind, please, that we have NO EVIDENCE this is what happened. It just seems to make a lot of sense of all of the above, KWIM?

Consider if Stevens had been kidnapped and the American people had acted the way we usually do, rallying around in support of our leader during a time of national crisis. We could easily have been headed toward a sure Obama win on November 6th.

We may owe our national salvation to two heroic Navy SEALS. Had they survived, they would surely have been court-martialed. They knew that and ran into battle anyway, because it was the right thing to do.

It would be poetic to learn this is all true, seeing as it was Navy SEALS who risked their lives to get Osama bin Laden, only to have Obama claim all the credit then blab their identities and operational secrets to our enemies.

Oct 22, 2012 How many synonyms are there for appalling?
https://polination.wordpress.com/2012/10/22/how-many-synonyms-are-there-for-appalling/

March 24, 2011 – Obama’s Libyan Intervention Has Lowest Approval of Any Military Op Polled by Gallup in 4 Decades