See you at the debate tonight!

I believe the group was all Undecideds when they started and that the same people are watching each debate, then sitting for this post-debate mini-poll.

In 2008, Obama won Nevada by +12.5%. If I did the math right, that group represents a +30% difference for Obama, which in itself is interesting, the whole group having started as Undecided, KWIM?

It’s a little hard to see all the hands in video, but I counted 6 of the Obama 2008 voters saying they’re sticking with Obama and 9 that had decided by the end of the second debate to vote for Romney.

This is worth watching to hear what these folks had to say.

I especially liked the lady in red, middle row, second from the left. She said she was not Undecided between Obama and Romney; she was Undecided between Romney and Not Voting, but she says, very emphatically, that Romney’s performance in the debates had been extremely impressive!

I was saddened by the two Obama ladies who seemed to be clueless about the devastating impact that Obama Democrats’ economic leadership has wrought on American women or that Obama himself oversees what female White House employees describe as a “workplace that is hostile to women.”

Romney SAID in the second debate that his gubernatorial administration had the MOST women of any state in the union! Did they not HEAR THAT?!

As for that lady in green who said, “I never heard Romney say he wants to outlaw abortion,” ……..argh. Is that the measure of women’s rights in this country? We can legally kill our unborn children? On that, I agree with Feminists for Life: 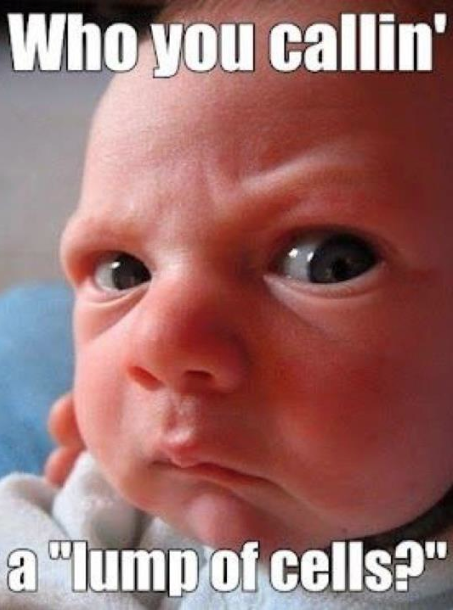 Comments Off on See you at the debate tonight!