Rasmussen is running regular Obama vs. Romney polls nationally and in 11 key states won by Obama in 2008 and thought to be competitive in 2012. These states collectively hold 146 Electoral College votes.

September 22, 2012: After modest post-convention bounces for both candidates, the race is now back to where it was at the beginning of the month. Numbers include Leaners, those who initially say they are uncommitted but who lean towards one of the candidates when asked a follow-up question.

A little more about my pet birther theory 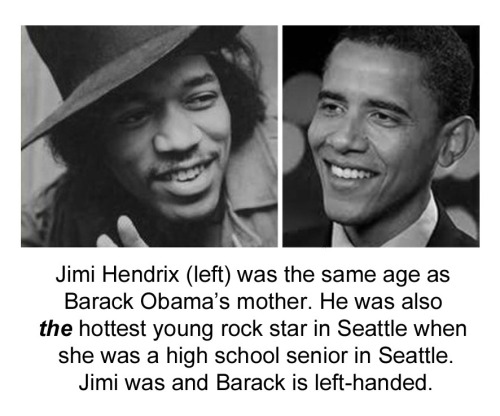 I know WND and some of all y’all favor the Frank Marshall Davis as BHO’s sperm daddy theory. But I’m still plumping for Jimi Hendrix. I can’t get past the external documentation that definitely puts Ann and Baby Barack in Seattle, WA, at the end of August 1961, making Obama’s alleged birth date of August 4, 1961, ridiculously improbable. There is no way Baby Barry’s grandmother would have allowed such a thing. He had to have been significantly older than he claims, which pushes his conception back to likely before the Dunhams left Seattle in the first place. 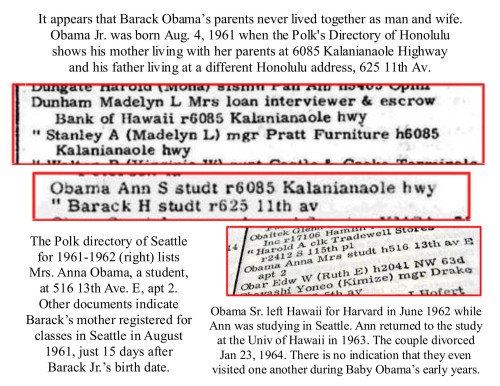 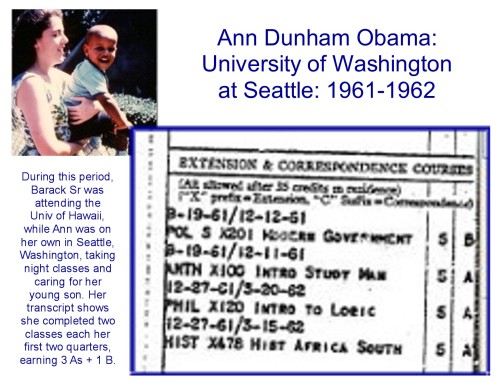 N.b., I’ve heard some sneer that Ann was taking correspondence courses, but her transcript proves she was taking “X” extension classes, not “C” correspondence classes. E.g., bottom line “HIST X478.” Extension classes are scheduled at odd hours to allow people with day time responsibilities to take college classes on or near campus. Ann Romney finished her degree at Harvard in a program like that.

There’s no question Davis was a strong father figure in young Barry’s life, albeit a really sick, twisted one. And Davis loved jazz. But “his dad taught him to love jazz” could refer to a father figure dad as well as to a sperm donor dad.

Besides which, while Jimi Hendrix was known for rock and roll, his influence led to a whole genre called Jazz Fusion. In Dreams, it says Obama found his original birth certificate among some of his mother’s things. If I found out a famous musician was my real dad, I fershure would’ve had a very keen interest in his interests, which clearly included jazz.

Plus, it just makes sense to me psychologically that Barry’s future mother, the wild-child, wannabe anarchist, would’ve been more willing to bang a hot rocker boy her own age than some much older, passing-through-town stranger like Frank Davis or Malcolm X (who is also proposed as the sperm donor).

It’s also so similar to the way her mother rebelled that it rings true for me. In Dreams, Madelyn’s folks are described as “stern Methodist parents who did not believe in drinking, playing cards or dancing.” Like her future daughter, Madelyn was one of the best students at her high school. While in high school, Madelyn would sneak off to see the big band concerts her parents forbade. She met Stanley Dunham at one of them and they eloped the night of Madelyn’s senior prom.

I think fairly soon we’re going to learn the truth. In the meantime, it’s fun to speculate. Today I came across a few funky things that support my pet theory.

Check out how similar their singing voices sound!

And here’s another wild one:

It’s LONG so I’m not embedding, just providing the URL.

Sep 21, 2012: This ballot thing is an actual problem for Obama, not one made up by tinfoil wearing birther nuts.

A Florida Democrat has asked the First District Court of Appeal to order legal discovery in the matter. Discovery is a process in which each side examines evidence held by the other, something the Appellant was denied by Judge Terry Lewis, the first judge who heard the case and decided Obama is eligible because he says he is.

“A question of fact such as this cannot be determined without the parties having been given the opportunity to take discovery. Appellant was not permitted to investigate through discovery or even observe the underlying documents that allegedly establish appellee Obama’s natural born citizenship.

The appeal filing also cites the evidence produced by Arizona Sheriff Joe Arpaio’s special investigative unit, which has asserted that the birth documentation from Hawaii that Obama claimed was “proof positive” of his Hawaiian birth is not authentic. 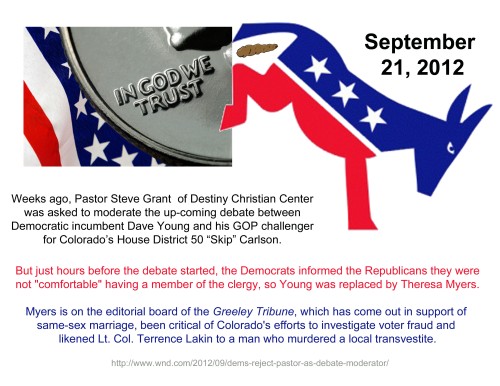