Y’all should be familiar with my pet theory about why Barack Obama won’t release any of his records and why the ones he has “released” have all proven to be forgeries.

My theory accounts for his refusal to release anything with his birth date on it, Barack Sr.’s INS files and conflicting reports about which hospital he was born in.

But it does not account for the weirdly frequent claims that he was born in Kenya, like these: 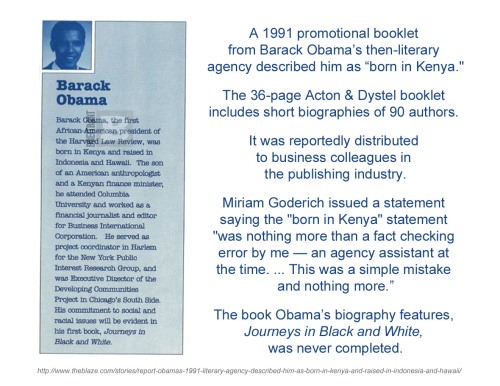 (Also contains her statement, “Barack has led by example.”)

(Also contains her statement “This country is mean”)

Recently, though, I heard an interesting idea that makes total sense, especially given what we have seen of Barack Obama’s moral (or lack thereof) character.

What if he just said he was born in Kenya in order to get foreign student aid while he was in college and later kept up the story to enhance his street cred with Black voters in Chicago?

He had American citizenship through his mother, so it would not have interfered at all with his political ambitions which, according to Jack Cashill (Deconstructing Obama) was to one day become mayor of Chicago.

In the interview below, Cashill says the fact-checking-mistake spin is

“pure bull. I have written eight books myself, and I got to review every piece of promotional literature sent out about me or about my books. All authors get to do this.”

The possibility that Obama claimed Kenyan birth at one time is not only plausible, but also explains why his Selective Service registration was forged, probably in 2008. As a foreign student, he would not have had to register for the draft.

We deserve answers to these and a host of other important questions.  The interview below is fascinating. (N.b., It’s a radio interview. No need to watch.) 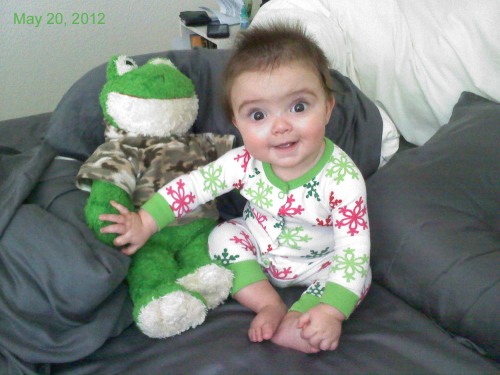