Even skewing the sample isn’t helping

I’ve come to expect a poll by CBS News/New York Times to be left-biased. The latest one did not disappoint. With only 615 participants, they claim just 4 points in Margin of Error. NOT. And they decided to WEIGHT this one, because … oh heavenly days … the numbers of Republicans, Independents and Democrats actually MATCHED the national averages reported by Gallup! Can’t have that, now can we?

Even so … they had nothing good to report, though they did their best to sugar coat it with adjectives. This is from the report:

The race for president remains close, but Republican Mitt Romney now has a three-point lead over President Obama, despite positive movement on the economy.

While most voters say the President’s support of same-sex marriage will not impact their vote, 25% say they are less likely to vote for him because of it.

Most Americans favor some type of legal recognition of same-sex relationships, including 38% who support marriage. When asked directly whether same-sex marriage should be legal or not, 42% say it should be, but 51% say it should not.

There has also been a shift in female support away from Obama and toward Romney, suggesting the “Republicans are Waging War on Women” campaign is backfiring. Two months ago, the same pollsters got 49% Obama v 43% Romney among women. Now it’s 44% Obama v 46% Romney.

In other news the Left doesn’t want you to hear, yet another study shows that abortion increases a woman’s risk of developing breast cancer. The higher the number of abortions the higher the risk.

Comments Off on Even skewing the sample isn’t helping 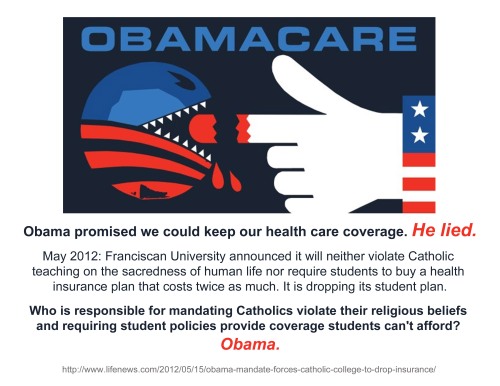 Is CNN biased? You betcha!

Comments Off on Is CNN biased? You betcha!

Pete posted these in today’s Grudge. I’m just giving them an extra boost cuz I like them so much!

Welcome to the Bureau of Womanhood Conformity [1:42] – If it feels like 1984 in real life, it should. The threats to our religious liberty and conscience rights are very real.

Justice for Sale [1:03] – 4 years after our financial collapse, not a single senior Wall Street executive has been charged with a crime.

He gave a really inspiring speech that is worth every minute. Talking head, no need to watch the screen. Also, he’s funny, so this might not be a good choice for the office where LOLing would get you into trouble.

The background to his visit to Emory contains a really distressing story. Had the political orientation been reversed, the insult Emory delivered would have sent Farrakhan off the rails and produced a week of national news shows and Democrat pols tut-tutting about intolerant Right Wingnuts.

But since the internationally renowned Black guy is politically Conservative, believes in God and isn’t so sure Darwin’s theory is all that, the ever-vigilant, self-proclaimed guardians of Black Dignity did not care. 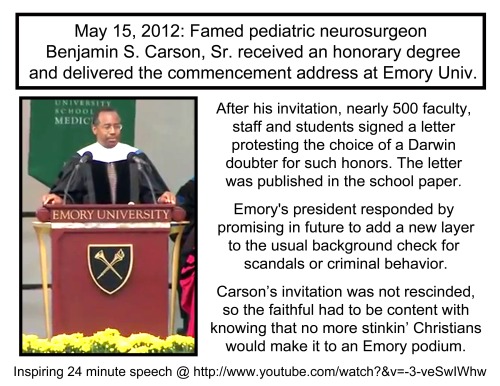 During the speech, Carson addressed the evolution flap briefly. He gently, but firmly, put his critics in their place. They clearly were not happy. Check out the body language on the two blacks who were prominently placed on the stage behind him.

Don Wade read some exerpts from ‘The Amateur’ on his show today. Apparently,Mooch advised the man-child not to run against Bobby Rush for his House seat.She reportedly went as far as drawing up divorce papers.He lost by a margin of 2-1 and was so depressed he contemplated suicide.She is also allegedly insanely jealous of any woman that comes near him.I think I’m going to order this book. 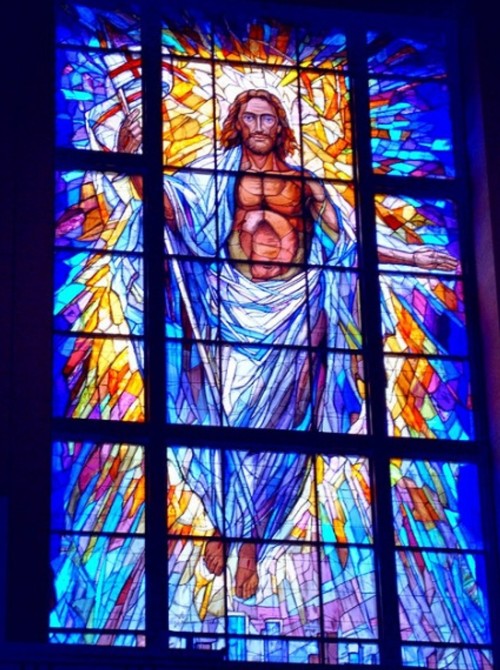 Today we celebrate the completion of the work of our salvation, the pledge of our glorification with Christ, and His entry into heaven with our human nature glorified. It doesn’t get any better than that.

Comments Off on Ascension Thursday