Tell me some more lies

On October 2, 2002, Barack Obama told an audience in Chicago that his grandfather had signed up to serve in World War II “the day after Pearl Harbor was bombed.”

Yes, his grandfather enlisted, but it was 42 days after Pearl Harbor was bombed, not the day after.

On October 2, 2002, Barack Obama told an audience in Chicago that his grandfather had “fought in Patton’s army.”

His grandfather was a clerk. He did not do any fighting.

Obama’s mother’s father, Stanley Dunham, was a supply sergeant with the 1830th Ordnance Supply and Maintenance Company, Aviation, which serviced the 9th Air Force, fixing the planes, loading munitions and the like.  As a supply sergeant, Dunham was responsible for ordering and managing inventory of repair parts, maintaining records about what was done to the planes, etc. In other words, he pushed papers.

His unit arrived in England about eight months before D-Day (June 6, 1944) and left for France about six weeks after D-Day, just about the time Patton took command of the U.S. Third Army (August 1, 1944). In December 1944, during the Battle of the Bulge, when the Band of Brothers was freezing its toes off in Belgium, Dunham was safe and warm at the air base in Juvincourt, France, northwest of Reims.

On October 2, 2002, Barack Obama told an audience in Chicago that his grandfather “saw the dead and dying across the fields of Europe.”

Between the summer of 1944 and the spring of 1945, the foot soldiers of Patton’s Third Army saw 281 days of continuous combat. No doubt they saw plenty of dead and dying across the fields of Europe. But Stanley Dunham wasn’t one of them. In fact, Stanley Dunham was as far from any danger as the Army Air Force could possibly afford to park its precious fighter planes and bombers.

In March 1945, Patton’s Third Army ground forces captured a German airfield outside Frankfurt, Germany. In April, the Ninth Air Force moved from the Juvincourt air base to this new base in Eschborn, from which they staged their combat missions in Germany during the final few weeks of the war. Dunham went there as well, no doubt toting his favorite stapler.

After the war ended in May, Dunham went back to the States. He was discharged from the Army on Aug. 30, 1945, after serving 3½ years without distinction.

On October 2, 2002, Barack Obama told an audience in Chicago that his grandfather “heard the stories of fellow troops who first entered Auschwitz and Treblinka.”

Except … there were no such “fellow troops.”

Auschwitz (in Poland) was liberated by Soviet, not American troops, while Dunham was pushing papers at the airbase in Juvincourt, France.

Treblinka (also in Poland) wasn’t liberated by troops at all. The prisoners rebelled and freed themselves in August of 1943 … a year before Americans set foot on the beaches of Normandy.

Why Lefties should not quote the Bible

Basically, it all boils down to, “They don’t understand it, so they always get it wrong.”

Case in point. When I was searching for imagery for https://polination.wordpress.com/2012/03/11/thou-shalt-not-murder/, I came across a photo of nekkid ladies protesting the war in Iraq.

Said peace protesting ladies are standing in a grassy field with big red letters painted on their backs spelling out, “Thou Shalt Not Kill!”

I think it’s safe to assume all nekkid protesters are left-wingnuts, what with them being in favor of anything they think will shock boring, bitter-clinging, right-wingnut types.

Thus, the question arises … would not these same individuals (who so pretentiously quote the Bible on behalf of their political agenda, while offending biblical proscriptions against giving scandal by parading around nekkid) be likely to also participate enthusiastically in pro-abort protests … you know the kind where ladies march along waving coat hangers and demanding that Bible-thumpers stop trying to stick their noses into other people’s wombs?

Another image from my search was @ http://friendlyatheist.tumblr.com/post/489381587/thou-shalt-not-kill-unless-god-tells-you-to.

Did you catch the name of the site? friendlyatheist. Yeah, right.

Sorry, pal, but I don’t consider taking Bible stuff out of context for the express purpose of sneering at my faith to be a “friendly” activity.

Why is it that atheists think they’re so smart anyway? Has it never crossed their teensy weensy minds that Hebrew and Christian believers have had THOUSANDS of YEARS to ponder all this stuff and that our greatest theologians have written a whole bunch on these issues? Duh.

Actually, this cheezburger guy did a bunch of these. None of them had any artistic or theological merit, though I suppose making and posting them on the internet made him feel all over clever in a “Take that, you stupid Bible thumpers!” way.

So, cheezburger … when you get done making rude and immature noises with your mouth, could you give a thought or two to the important bit that comes shortly before “Thou shalt not kill” where God said,

Hellooo! Rules made BY God do not apply TO God. Sheesh. I keep thinking of this funny bit Bill Cosby used to do:

“I brought you into this world and I can take you out.”

Honestly. Atheists can be so damn dumb. They remind me of teen-agers who think that all the rules that parents make for them should also apply to the parents, but any rules made for younger children should not apply to older children.

Like, bed times for example. Parents stay up as long as they want. Teens think they should also have that freedom … but if they have younger siblings (especially pesty ones), they should definitely have to go to bed by some certain, much-earlier-than-teen time.

On the plus side, in my graphics search, I came across this gem:

“Dr. Benjamin Spock said we shouldn’t spank our children when they misbehave, because their little personalities would be warped and we might damage their self-esteem We said an expert should know what he’s talking about. And we said okay. (Dr. Spock’s son committed suicide.)”  http://archian.wordpress.com/2010/12/01/logical-consequence-of-secularization-in-america/

It reminded me of Madalyn Murray O’Hair, founder of American Atheists and the person behind the 1963 SCOTUS decision in Murray v. Curlett lawsuit, that ended official Bible-reading in American public schools.

Her son William J. Murray became a Baptist in 1980. Upon learning this, his mother reportedly said, “I repudiate him entirely and completely for now and all times.” In 1995, Madalyn was kidnapped and murdered by one of her fellow American Atheist activists.

William is now the chairman of the Religious Freedom Coalition, a non-profit organization in Washington, D.C., that works to help Christians in Islamic and Communist nations.

I can’t wait to read his autobiography, My Life Without God. The customer reviews at Amazon make it sound so interesting!

[I don’t need to explain to all y’all that I’m not happy that Son of Spock or Madalyn the Hair came to violent ends, even if these events do happen to support my belief that living by the Bible is good for children and other living things.]

Thou Shalt Not Murder

In the official teachings of the Roman Catholic Church, the distinction is also upheld.

“The deliberate murder of an innocent person is gravely contrary to the dignity of the human being, to the golden rule, and to the holiness of the Creator.”

The legitimate defense of persons and societies should not be considered as an exception to the prohibition of murdering the innocent.

Non-lethal force is always preferable, but if it is necessary, it must be seen in the context of the intended outcome, which is the preservation of innocent life.

“Injury or death to the aggressor is not the intended outcome, it is the unfortunate consequence of using necessary force to repel an imminent threat.”

Legitimate defense is not just the right, but also the grave duty of those responsible for the defense of the common good.

“Those who legitimately hold authority also have the right to use arms to repel aggressors against the civil community entrusted to their responsibility.”

All citizens and governments are obliged to pray and work toward the avoidance of war, but once all peace efforts have failed, the use of legitimate defense by a military force is licit.

“Such a decision is grave and therefore subject to rigorous considerations of moral legitimacy. The demands of a just war include:

http://en.wikipedia.org/wiki/You_shall_not_murder. Quotations from The Catholic Catechism. 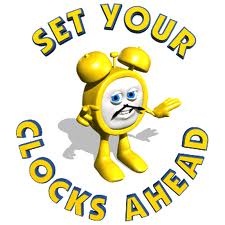 Comments Off on Did you remember?