There were an additional 500 waivers that the HHS had granted earlier which are no longer in the list of total waivers. As I understand it, the companies who got waivers will eventually have to meet the ObamaCare requirements, while these 500 BESTEST of all BFFs were removed from the WAIVER list because Obama’s HHS decided they should be EXEMPT ALTOGETHER from ObamaCare!

Comments Off on More waivers for Obama’s BFFs

I was going to call this “So let it be done” until I saw the URL Webshots assigned to this graphic: 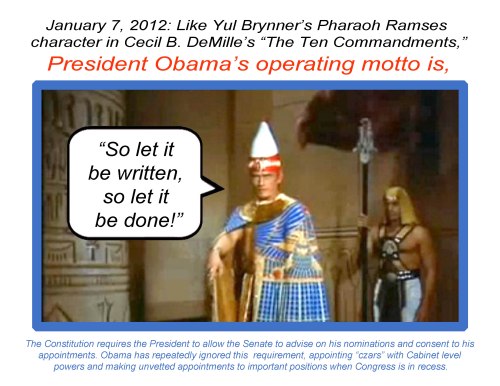 Dear God, make it so!

H/t to Pistol Pete for the apropos movie reference.

Take a moment to peruse the newly added Candidates page above for links and information about specific GOP primary presidential candidates.  You’ll find links for each candidate’s campaign website.  You can also utilize the candidate pages for adding links and information about specific candidates that others might find useful in deciding how to vote in the upcoming primaries or how to get more involved.  News items should still be posted on the daily grudge, but this will give everyone a place to look for candidate-specific information, rather than hot issues.

If you haven’t checked it out already, there’s also a new page with countdown timers for the upcoming primaries/caucuses.  I’ve added a link there, as well as on the Candidates page, to the GOP Primary Debate Schedule (which includes links to archives of each past debate).  Don’t Forget…the first of two debates in New Hampshire is tonight at 9pm EST on ABC, followed by a 9am EST (yes…that’s AM!) debate on NBC.  Links to the ABC debate live stream are available on the debate schedule page.

DO JOHN & MICHELLE READ THE GRUDGE?

Just a little vanity;I don’t expect anybody will open the link or comment.

Recall I did a commentary in the Thursday Grudge comparing Obama to Yul Brynner in ‘The Ten Commandments.’ John Hindraker writes the Powerline blog and he published this piece today:

Either I read way too much or some people think the same way I do. Nice to think I may still have a few functioning brain cells.

I could copy & paste the text but I’m too retarded to embed the video.

When the guys got together for poker on Friday night, one of the regulars was missing.

“In the hospital,” Joe said. “He’s recovering from a heart attack.”

“It was that blizzard,” Joe said. “Frank’s doctor warned him his heart was weak, and he had to avoid all strenuous activity. He said absolutely no snow shoveling.”

“So what happened?” Charlie asked.

“Well,” Joe said, “when we had all that snow yesterday, Frank said he didn’t know what to do. His wife can’t shovel ’cause she’s got a bad back, and Frank can’t shovel ’cause he’s got a bad heart, and they can’t afford to buy a snowblower. Then that lazy good-for-nothing teenage son of theirs suddenly pipes up, ‘Don’t worry, Mom and Dad — from now on I’ll do all the shoveling.’ Frank had a heart attack on the spot.”

Comments Off on Blizzard claims another victim

Remember this in November!