And Lex Luthor shall lead them

UPDATED to include Mindful Webworker’s contributions! Thanks, Mindful!

TIME magazine named the “Protester” its person of the year for 2011. Lumped in this category were sundry Tunisians, Libyans, Greeks, Russians, and those Americans “who occupy public spaces to protest income inequality.”

Last year, when TIME magazine had a chance to give the Tea Party its due, TIME named Facebook founder Mark Zuckerberg “Person of the Year.”

It was an obvious slight, especially since the Tea Party protesters’ efforts led to something tangible — namely, the gain of 63 Republican seats in the House and the loss of Democratic control.

But TIME doesn’t give a toot for any protester whose cause does not toe the Democrats’ party line.

For example, TIME totally ignored the one serious protester who served real jail time in 2011. Lt. Col. Terry Lakin spent five months in prison at Fort Leavenworth before his release in May of this year. His crime — his real crime, that is — was to challenge Barack Obama’s constitutional eligibility to be president.

Lakin never claimed to know where President Obama was born or whether he was eligible. The problem, as Lakin saw it, was that no one knew. As an Army officer, one sworn “to support and defend the Constitution,” he felt an obligation to pursue the truth.

For more than a year, Lakin plied all regular channels to get at the facts. He had no intention of becoming a martyr to the cause, but in 2010 he received deployment orders to Afghanistan. Said the order: “Bring five (5) copies of your birth certificate.”

For Lakin, that did it. If he had to produce a birth certificate to deploy, Obama needed one to send him. He had already served in Afghanistan and Bosnia, but this time he refused to deploy, hoping that military due process would resolve the eligibility question.

He did not succeed. The media brought no pressure to bear on his behalf. Where they noticed him at all, it was only to ridicule him. 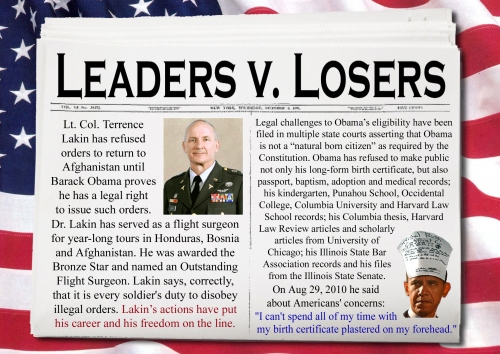 Another military protester the Left couldn’t love was Petty Officer Kathleen Janoski. In 1996, Janoski was the head of the forensic photography team at Dover Air Force Base in Delaware. It was she who discovered what appeared to be a bullet-hole in the head of Ron Brown, the Clinton Commerce secretary killed in a Croatian airplane crash.

Frustrated by the lack of official action, she and her colleagues went public with their concern that Brown had been murdered and that White House pressure to bar an autopsy on his body was part of a cover up.

The following day, the Washington Post did what the mainstream media routinely did during the Clinton years — attacked the whistle blowers.

For their commitment to truth and the rule of law, the officers who went public were crucified by the White House, who saw to it that all four of their military careers were derailed, even ruined.

True to form, TIME magazine offered not a word of support for any of them.

VIDEO: Bill Clinton at Ron Brown’s funeral – Watch as he is first laughing and chatting, then when he notices the camera is on him, instantly goes to his sad face and wiping away crocodile tears. At the end, the guy he’s walking with laughs again!

The Laughing Stock Media even turned their collective back on one of their own, James Sanders, who had done the original, boots-on-the-ground reporting on the 1996 crash of TWA Flight 800.

With the aid of the chief 747 pilot inside the investigation, Sanders first broke the story that the plane had been downed by missile fire.

For their efforts, he, the pilot and the flight attendant who introduced them were all arrested on federal conspiracy charges.

At their arraignment in 1997, no one in the media crowd managed to frame a single First Amendment question. When Sanders’ lawyer at that time attempted to bring this issue into focus, a Newsday reporter argued the government line.

Unlike the lapdog media, the New York Post published this:

“More than 150 credible witnesses – including several scientists and business executives – have told the FBI and military experts they saw a missile destroy TWA 800. ‘Some of these people are extremely, extremely credible,’ a top federal official said. ‘When we asked what they saw and where they saw it, the witnesses out east pointed to the west, and the people to the west pointed to the east’.” – The New York Post, September 22, 1996.

Go here to read numerous eye-witness accounts of a missile hitting the plane and exploding.

Truth, Justice and the American Way mean less to the Democrat Media Complex than they did to Lex Luthor. The only difference is … Lex wasn’t real. 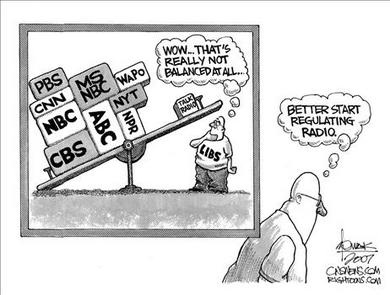 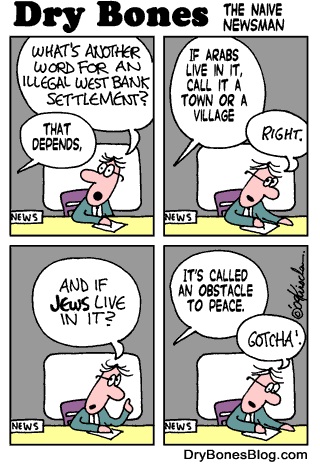 Not All ‘Protesters’ Created Equal By Jack Cashill – December 15, 2011

They can blame Bush til hell freezes over

The Bush Admin and Senator McCain warned repeatedly about Fanny Mae and Freddie Mac and what thus became the 2008 financial crisis — starting in 2002.

Democrats resisted and kept to their party line, extending loans to people who couldn’t afford them.

Then there’s the U.S.

GREETINGS – Expenses related to the purchase or distribution of greetings, including holiday celebrations, condolences, and congratulations for personal distinctions (wedding anniversaries, birthdays, etc.), are not reimbursable.”

From “Franking Manual” (“Franking” is free postage to constituents)

4(a). Example of Nonfrankable Items

We put “In God We Trust” on our currency, but our elected representatives are not permitted to use the greeting that has passed lips throughout the world every year for centuries. 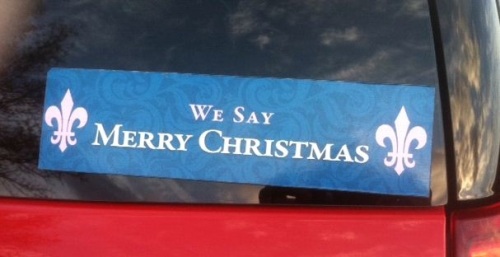 “So do I,” says William A. Jacobson at Legal Insurrection, “and I’m not even Christian. In fact, it annoys me when people refuse to say it. And please say Happy Hanukkah to me, not Happy Time When You Light All Those Candles For Some Reason.”

COMMENTS I liked from Jacobson’s posting:

* Your attitude is more universal than you might think, Professor….although I suspect you already know it. We live in a 90% Arab Muslim neighborhood, where some pundits allege they hate people like us, and virtually everyone says “Merry Christmas” to me, some even drop off small gifts. No one seems to have a problem with my die hard support for Israel and the Israeli people either … it has been the topic of multiple conversations, where I’m given the courtesy of listening, even if agreement isn’t generally there … as I explain why I feel as I do. No small thing, in my opinion, since they also all know I was Army until I retired.

* Dennis Prager, a Jew, wrote a wonderful column, which he uses as a basis for a speech he gives to corporations about not renaming the Christmas Party the “Holiday Party.” As he says, being invited to the Christmas Party as a Jew or Muslim or atheist, etc., shows that Americans are inclusive. I love the fact my kids have come home on numerous occasions with dreidels with which they’ve played and sung songs. That’s America.

* I don’t know why, but it’s always around this time of year that there are a couple of young law-student looking types with petitions on clipboards outside my local Trader Joes asking customers exiting the store to sign something for the ACLU. The last time they asked me, I politely said with a smile, “No thank you, but I wish you guys a Merry Christmas!” The sour, silent expressions I got were priceless. They looked like they wanted to stone me then and there.

Comments Off on Israel’s Prime Minister wishes all Christians a Merry Christmas!

So, what’s this about?

Well, it seems that while Pelosi was Speaker of the House, Visa let her buy 5,000 shares of stock for $44 a share.

Within a couple of weeks, it was worth twice that.

She was given access to this stock at this low price at a time when hardly any other individual investors could get it.

She was given access to this stock at this low price at the exact same time that Visa was worrying over two pieces of pending legislation.

Funny thing how those two pieces of legislation never quite got to the full house for a vote.

Funny thing how it is the Speaker of the House who has the power to keep legislation from coming up for a vote.

Peter Schweizer is a conservative author and research fellow at Stanford University’s Hoover Institution. In his new book Throw Them All Out, he discusses insider trading by government officials. He gives nine examples where Pelosi got access to IPO deals that greatly enriched her personally. The Visa deal above is only one. 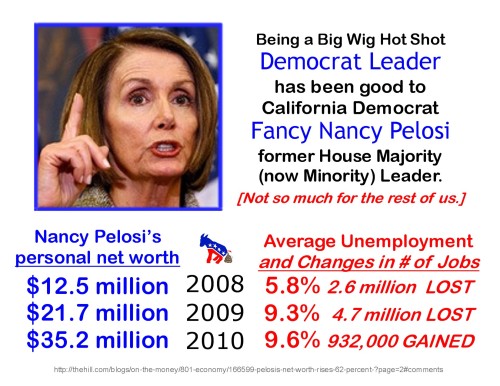 Technically, the Pelosi didn’t do anything ILLEGAL.

Schweitzer notes how often politicians come to Washington with relatively modest means and leave stinking rich. He says it’s because lawmakers ROUTINELY use knowledge they acquire through their jobs to enrich themselves.

It’s like corporate executives trading in stocks based on what they learn in their jobs, WHICH IS ILLEGAL.

Schweitzer says it’s even COMMON for lawmakers to introduce a piece of legislation just so they can then trade in the stock in that same sector!

Yet, what legislators do is NOT ILLEGAL.

Funny how it’s legislators who make these rules, isn’t it?

Officials have been considering various measures to stop the practice, including the STOCK Act, which has attracted wide support.