I have four thoughts about these statistics. One, women are in the majority, so let’s STOP allowing Dems to treat us like helpless victims. Two, whites are way in the majority and the President is non-white, so let’s STOP allowing Dems to condemn us as a racist nation. Three, Democrats are not representative of mainstream America, but we knew that. Four, what kind of brain-dead noodlehead Democrat self-identifies as Conservative?! 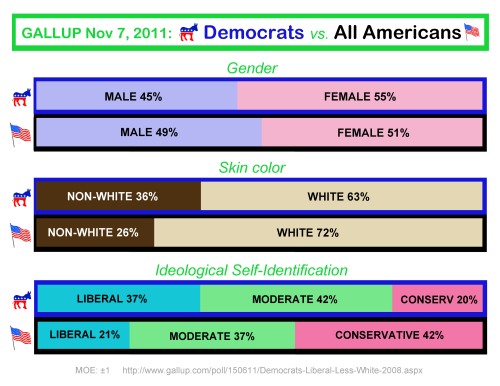