Posted by Chrissy the Hyphenated 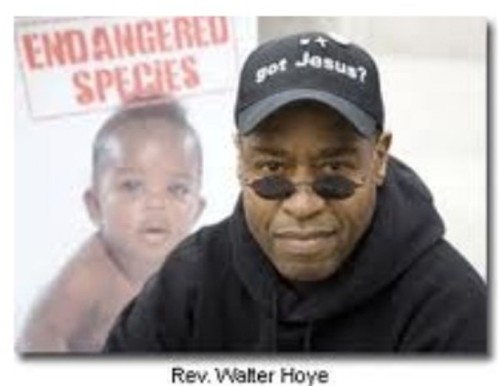 Got this in email:

San Francisco, Calif.: On Thursday, the Ninth Circuit Court of Appeals issued its opinion in Hoye v. Oakland, the case in which Pastor Walter Hoye challenged Oakland’s “bubble zone” ordinance as an unconstitutional infringement of free speech. In the 3-0 opinion authored by Circuit Judge Marsha S. Berzon, the court stated, “We agree with Hoye that there are grave constitutional problems with the manner in which the City has understood and enforced its Ordinance.”

Oakland’s ordinance makes it unlawful, within 100 feet of the entrance of an abortion clinic, to approach without consent within eight feet of a person entering the facility, for the purpose of picketing, leafleting or speaking with the person.

In its opinion, the Ninth Circuit held that the ordinance is facially valid pursuant to the Supreme Court decision in Hill v. Colorado, stating “we do not find any relevant differences between the Ordinance’s purpose and text and those of the Colorado statute that the Supreme Court held to be constitutional in Hill.” The Court noted that the reasoning of the Hill decision “has been criticized by scholars of various stripes.”

However, the court reversed the district court’s determination that the ordinance is valid as the city applies it, because the City discriminates in enforcing the ordinance against Hoye but not other speakers. The City only prosecutes persons for “approaching” women within the “bubble zone” if they are trying to persuade the woman not to have the abortion. Clinic “escorts” and others “facilitating” the women entering the clinic can approach and give the women whatever message they want,” often urging women to ignore Pastor Hoye. While Pastor Hoye has scrupulously followed the law, he has suffered arrest, prosecution and imprisonment due to the City’s determination to shut out his message. On the other hand, clinic escorts routinely break the law as written, yet have never faced prosecution.

Based on these facts, the court concluded, “Oakland’s enforcement policy is a constitutionally invalid, content-based regulation of speech.”

Pastor Hoye stands on the public sidewalk outside Oakland abortion clinics to offer hope to women. His sign reads, “Jesus loves you and your baby. Let us help.” One of the problems Hoye has faced in reaching women stems from the activities of clinic “escorts.” These clinic volunteers will surround Hoye, block his sign with blank posters, and drown out his voice, making it impossible for Hoye to reach his intended audience.

The Ninth Circuit noted that the Supreme Court in Hill had not considered this scenario in upholding the Colorado statute. If, on further hearing, Pastor Hoye can show that the ordinance leaves him without ample alternatives for reaching his audience, this would be grounds for striking down the law, the Court said.

“This part of the decision points to a possible narrowing of the Supreme Court’s awful decision in Hill,” said LLDF Legal Director Katie Short. “In evaluating a constitutional challenge to a bubble law like this, courts will not turn a blind eye to the challenges facing pro-lifers in communicating their message, including when those challenges come from the bad behavior of clinic escorts.”

One response to “Pastor Hoye vindicated at 9th circuit”