AARP – Sleaze at the top

Kudos to Terrell for his brilliant photo-shop on this issue.

Dependency is not self-sustaining

“The goal [of the expanding welfare state] is not to keep the poor from starving but to create dependency, because dependency translates into votes for politicians who play Santa Claus.”

“Dependency and Votes” by Thomas Sowell

Comments Off on Dependency is not self-sustaining

This is really sleazy

33,000 felons to be released-the state is out of money

This nasty little critter looks like her mom dated a walrus 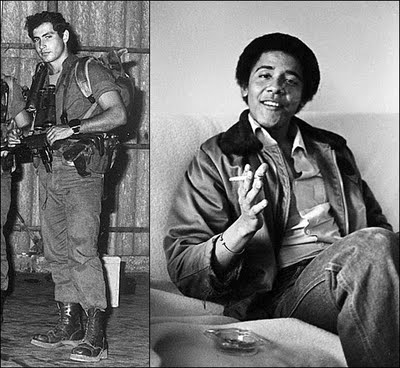 Bibi vs. Bozo: Netanyahu and Obama in their younger days

Liberals will always tell you who they’re really afraid of.

89 people killed in Joplin,Mo. Sunday can’t deter Obummer from basking in the adoration of the masses in Europe-what a trooper

No, that birth certificate thing is NOT going to go away

I realize the four videos below add up to more than a half hour of watching plus whatever time your system takes downloading.

But trust me. It’s WORTH EVERY MINUTE. You DO need to have your speakers on AND pay close attention to both the audio and video to follow what this guy is doing.

He’s got some funky software that makes a video of what he’s actually doing on his computer that IMHO is very cool. He backs up everything I found by myself with just Adobe Photoshop Elements, but he shows it all off with much more sophisticated software evidence.

He also takes apart every criticism he’s had thrown at him with detailed, step-by-step audio-visual evidence. If you can watch these four videos and still believe Obama’s birth certificates are legit, I’d love to know why.

Comments Off on No, that birth certificate thing is NOT going to go away

Lil Buzz’s Big Adventure took him to a children’s museum!