It’s not caring to hock the future of America

Brother, Can You Spare A Trillion?

I wonder how many Leftist protesters would agree to THIS:

So I’m back from SERE school…

I spent Thursday through Thursday in the field, during which time they gave us half an apple. Total. I personally killed a lizard (fast little buggers), cut its head and legs off, and ate it. Tasted like shrimp tails. I lost 17 lbs over the course of the adventure.

Then there was the sleep. We had no blankets/sleeping bags/etc. so we were sleeping in the open in ~20-30 weather, when it was a soaring 95-105 during the day. Meaning very little sleep took place.

And that’s the first few days when we were allowed to sleep. After that we were running from the “bad guys” so we didn’t sleep much because it was easiest to move from point to point at night.

I made it to the siren when everyone has to come out, so I wasn’t caught by the bad guys at all. At one point I was hiding in tall grass and a bad guy stepped over me – saw the bottoms of his feet. Pretty slick, I’d say.

The POW camp part is all classified, and I don’t know how I could ever put it into words. The most dehumanizing, mentally and physically difficult experience of my life, especially after 5 days of no sleep and no food. Except my buddy the lizard.

Altogether I’m extremely glad I went. It was VERY rewarding, and I’m very proud of myself for pulling it off, with honors.

PJTV: Where is the line between comedy and hatred?

Klavan says we can tell the difference between a distasteful remark (e.g., Obama’s joke about his bowling being Special Olympics quality) and remarks that are genuinely and intentionally filled with hate (e.g., Wonkette’s birthday “tribute” to Trig Palin).

Comments Off on PJTV: Where is the line between comedy and hatred?

Wisconsin Senate seat up for grabs! 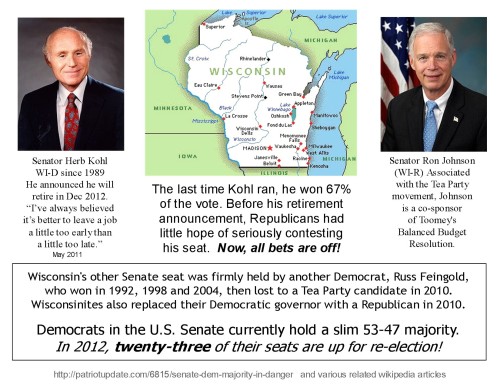