You knew I was going to track BHO’s post bin Laden bump, didn’t you. That’s not a question LOL.The only surprise is just how FAST I got to do up the end result … because HELLO!! make my day!!! It’s OVER ALREADY.

I started my graphicking with the pre bin Laden bumpette from releasing the (IMHO altered) birth certificate, because it was peaking and just starting to fade when BHO announced that he PERSONALLY took out you know who. Whaddaguy. I get goosebumps. 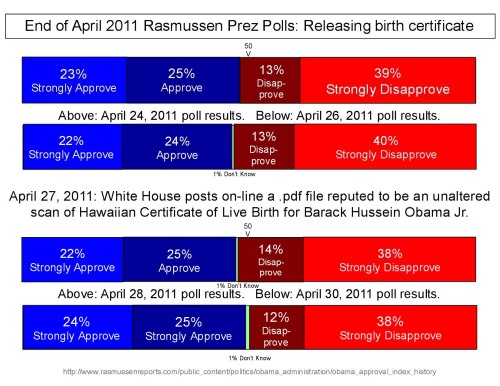 Next: The sum total of Obama’s bin Laden bump. I contracted the data to make it easier to see the bump. Essentially, the categories in the bar graphs above just shifted about 2% to the approval side for a short time, then dropped back down.

Or you can go to Rasmussen and see the original at

FYI: I altered the colors because I think Rasmussen’s white on pale blue is hard to read. 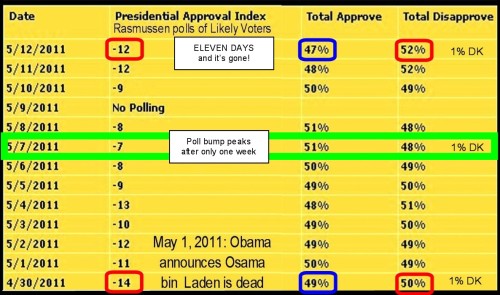 Next: Obama’s bin Laden bump in historical context. Wow … yet another UNPRECEDENTED moment for this president. (Are the oceans falling yet?)

And finally … I couldn’t resist recycling an oldie but goodie (Sept 2010) by Terrell. It’s still SO apropos! 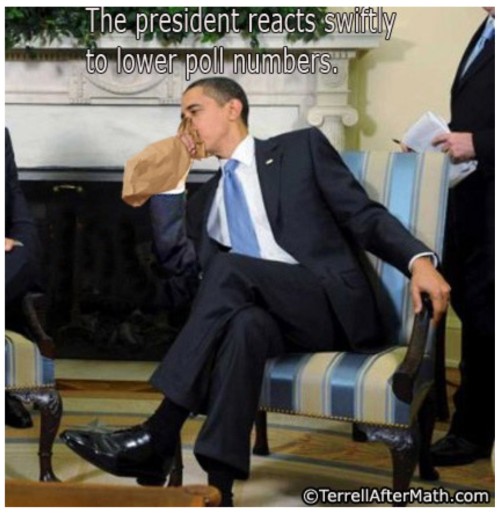